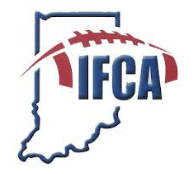 Catching up on a few odds and ends as the new school year rapidly approaches:

Cloverdale senior-to-be Jalen Moore, the leading returning scorer in the state, participated last weekend in the Prep Hoops Indiana Senior Showcase at Fishers on Saturday. Greencastle’s Colin York was scheduled to participate but was unable to attend due to illness.

That game will be livestreamed by MTC Sports on the ISC SportsNetwork, and can be found at video.iscsportsnetwork.com. Kickoff is 7 p.m.

• Looking through the Putnam County high school sports schedules to start the planning process, a few things seem worthy of mention after a quick glance.

In boys’ basketball, Cloverdale had some holes to fill after picking up several one-year games last season.

The Clovers will fill some of those by opening the season at Terre Haute South, coach Patrick Rady’s alma mater, and by hosting the Delphi Oracles of former Clover player Brian McCammon in January.

The Lady Clovers took a step to avoid the realistic possibility of playing South Putnam five times in one season by changing holiday tournaments. Cloverdale and the Eagles both played in the Monrovia holiday tourney last season, but the Clovers will instead be in a similar tourney at White River Valley this year.

The teams met four times last season – once in a regular-season game, once in the county tourney and in the championship games of the Monrovia tourney and the sectional.

A potential fifth meeting was averted in the WIC crossover playoff round when the teams finished one place different from each other in the division standings.

• Butler’s men’s basketball program lost only of its five recruits after the recent head coaching change, but it was a big loss.

Kyle Young, ranked as the No. 2 player in Ohio for the class of 2017 and No. 77 nationally, received his release from Butler and followed coach Chris Holtmann to Ohio State. The Buckeyes, who have lost several players left over from the Thad Matta era due to grades and legal troubles, also signed the top player in Ohio (center Kaleb Wesson).

Jallow is a 6-5 forward who was impressive for the Junior All-Stars at New Albany last month, and is a 4.0 student who likely only needs to take government and economics online this summer in order to graduate early.

New Butler coach Lavall Jordan, Cloverdale freshman Cooper Neese and the rest of the Bulldogs have been busy practicing for their upcoming trip to Spain from Aug. 2-12.

Northview’s Braydon Tucker was named as an honorable mention selection in Class 3A, along with Jack Conner of Sullivan and Phillip Terrell and Connor Morton of Edgewood. Crawfordsville placed two players on the all-state team in pitcher Trent Johnson (headed to Purdue) and outfielder Caden Jones.

In Class 2A, South Vermillion’s Canton Terry was the first-team all-state catcher. He will play collegiately for Wabash.

The Banner Graphic all-county baseball and softball teams will be announced later this month.

Wittenberg was the highest-rated North Coast Athletic Conference team at No. 16, while Wabash was listed at No. 27, Franklin was No. 34 and Rose-Hulman was No. 44.