The annual City of Greencastle repair and resurfacing of several city streets has been awarded to Grady Brothers Asphalt Contractors and should begin shortly, Mayor Bill Dory announced at the July Board of Works meeting. 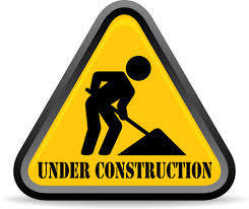 As the first item of the project, Grady Brothers will be seal coating the city's Vine Street parking lot (behind Moore's Bar) and of the Greencastle Department of Public Works parking lot at Shadowlawn and North College avenues is scheduled to begin on Friday, July 28, continuing through Saturday, July 29.

Therefore, both parking lots will be closed Friday and Saturday. However, if the weather is not conducive to seal coating on those dates, the work will be delayed.

Mayor Dory noted that the parking lot work was scheduled to coincide with late in fair week when it might "be less hectic downtown."

Meanwhile, work on the parking lot at the city garage, he noted, should not directly affect the public.

City officials apologized in advance for any inconvenience caused by closing the lots, but noted it is "important to keep our downtown beautiful and welcoming." Officials also said they appreciate the understanding of surrounding businesses and the U.S. Post Office during the work.

Funding for the scheduled improvements is provided through the annual budget of the Greencastle Department of Public Works.

During its June meeting, the Greencastle Board of Public Works and Safety accepted the bid for street repair and resurfacing work from Grady Brothers, Indianapolis, lowest of three bidders on the project at a total price of $887,071.82.