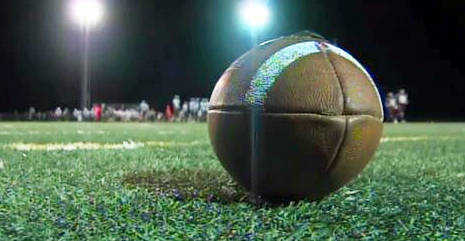 The coaches: Blaine Powell is in his first year at Sullivan. Mike Meyer is in his eighth year at Greencastle.

The history: Sullivan won 56-7 on its home field last year. The teams have split six meetings played over the last 30 years.

WIC impact: Sullivan leads the West Division at 2-0, and Greencastle is in a four-way tie for second place at 1-1. The Tiger Cubs would move into a tie for first place with a win.

Coach Meyer on his team: “We need to continue the offensive momentum from last week’s game and continue to play aggressive defense for 4 quarters. We must minimize penalties and mental mistakes.”

Coach Meyer on Sullivan: “Sullivan has size on their lines and some very athletic players on both sides of the ball. We must be able to adjust offensively and defensively and control field position.”

The history: Northview won 34-13 on its home field last year in the only previous meeting between the schools.

WIC impact: Both teams are in a four-way tie for second place in the West Division at 1-1.

Coach Carnes on his team: “As always the battle up front will decide the game. Our kids know what they are supposed to do and have done a great job preparing all week. We are excited for our last regular season home game.”

Coach Carnes on Northview: “Northview is a team that will run three or four plays out of a few formations, and they are very good at those few plays. In order to be successful you have to stop those plays.”

The history: West Vigo won 33-21 at South Putnam last year. The teams have split two meetings in the past 30 years.

WIC impact: South Putnam is in sixth place in the West Division at 0-2, and West Vigo is in a four-way tie for second place at 1-1.

Coach Aker on his team: “We must play responsivity football on defense and move the chains on offense. When we are able to possess the football and build long drives, we have found success. We must play physical, limit penalties, and take advantage of opportunities.”

Coach Aker on West Vigo: “West Vigo has great size and is a physical football team. Offensively, they are able to run and pass, they distribute the carries among three running backs. Their quarterback is having a solid season and has been very effective in the passing game.”

The coaches: Tom Winders is in his first year at Cloverdale. Randy Minniear is in his second year at Brown County with a career record of 4-11.

The history: Cloverdale won 19-11 on its home field last year, and has won four of seven meetings in the past 30 years.