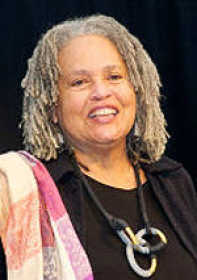 Journalist, author, and former contributor to NewsHour on PBS and National Public Radio Charlayne Hunter-Gault will deliver a lecture at DePauw University on Friday, Nov. 10 at Meharry Hall, in historic East College.

The 4 p.m. event will kick off the celebration of the grand opening of DePauw’s Justin and Darrianne Christian Center for Diversity and Inclusion. The speech is presented free of charge and is open to the public.

Hunter-Gault is the author of four books. Her latest work, an e-book called “Corrective Rape,” details the devastating way some men in South Africa attempt to “correct” gay women’s sexual identity. Her previous books include “To the Mountaintop: My Journey Through the Civil Rights Movement,” is a historical narrative for young readers; “New News Out of Africa: Uncovering the African Renaissance,” and “In My Place,” a memoir of the civil rights movement, detailing her experiences as the first black woman to attend the University of Georgia in 1961.

The veteran journalist began her career at Washington, D.C.’s WRC-TV, then was a metropolitan reporter for the New York Times. She joined “The MacNeil/Lehrer Report” on PBS in 1978 and became national correspondent five years later.

Announced in September 2016 after a more than $500,000 gift from 1995 DePauw graduates Justin P. and Darrianne Howard Christian, the Christian Center for Diversity and Inclusion will have its grand opening Saturday, Nov. 11.

The Center supports student identity-affinity organizations, offers cultural programming and services for students of color and international students, advocates for social justice and assist in fosters a safe and affirming campus climate for all students.