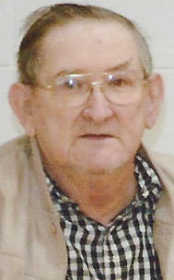 Layton worked as farmer before starting with the Putnam County Highway Department, from which he would eventually retire.

He was preceded in death by his brothers, Victor and Barney Carter; three sisters, Violet Hoves, Helen Thacker and Darlene Forney, and two grandchildren, Daniel and April Carter.

A celebration of Layton's life will be held at 8 p.m. Tuesday, Nov. 21 at Moore Funeral Home in Brazil with Pastor Jeff Bridgewater officiating.

The family will accept friends for visitation on Tuesday from 4 p.m. until the time of service.

In lieu of flowers the family asks that donations be made to Mrs. Carter.