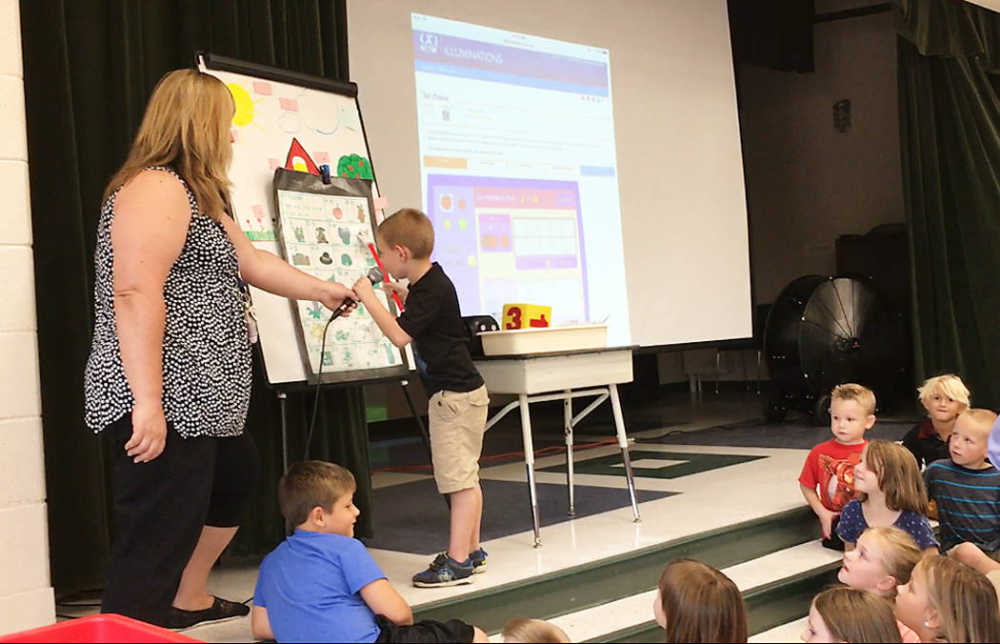 Kindergarten teacher Joanna Muncie works with Conner, a kindergarten student, pointing to the ABC chart and saying the letter, sound and picture as part of the Tuesdays with Teachers effort.
Courtesy photo

Kindergarten teachers at Ridpath Primary School in Greencastle are piloting a program this year called “Tuesdays with Teachers.”

Teachers are donating their time once a month to meet with parents to go over various kindergarten topics.

The month of September was “Go, Math” and ABC charts to use in labeling, while the month of October has been Guided reading, star words and patterning sentences. 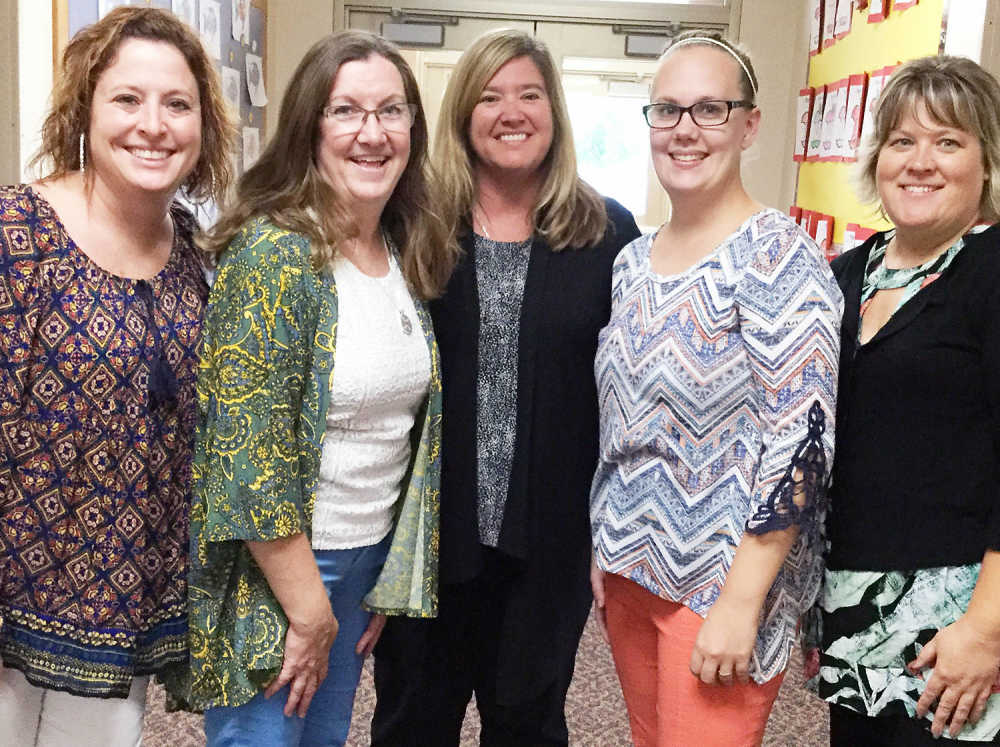 Two times are available for involvement in the program: A morning workshop (7 a.m.) and an evening workshop (5 p.m.) in order to accommodate parents’ needs.

Food is provided at each workshop and there is a drawing at the end.

It is all made possible because of the caring community, the teachers noted. The project as received a $1,000 grant from the Putnam County Community Foundation and has also received monetary donations from Wayne Lewis Chiropractic, Kirsch Family Dentistry, Huber and Sons, and Hometown Dental.

If anyone is interested in donating to Tuesdays with Teachers, they may call the Ridpath office at 653-3315.