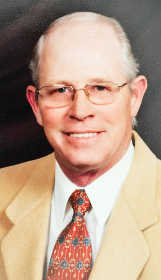 He is survived by his wife and dearest love, LaVergne (Nagel) Blaikie, whom he married on December 13, 1969 after returning home from serving with the U.S. Navy in Vietnam.

He was preceded in death by his parents, infant brother Joseph and brother Michael.

He was a member of the Greencastle VFW and American Legion. He was also a member of Peace Lutheran Church. He retired from Heartland Automotive in 2015.

He loved and was loved by many and will be so very deeply missed.

Funeral services will be held at 1 p.m. on Thursday, Jan. 4 at the Hopkins-Rector Funeral Home, Greencastle. Interment with military honors will follow at the Forest Hill Cemetery.

The family will receive friends from 11 a.m. on Thursday until time of service at the funeral home.