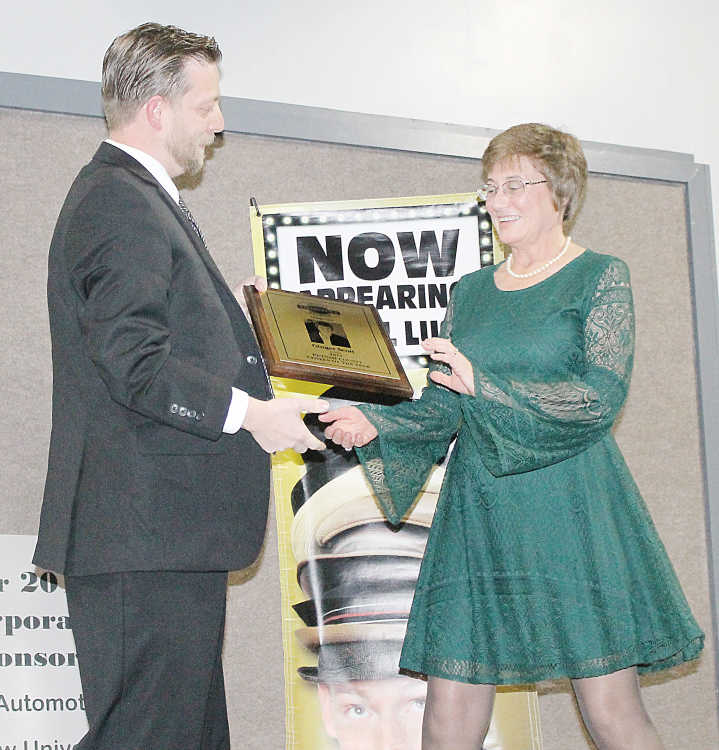 Described by Chamber Executive Director Brian Cox (left) as having an uncanny ability to make people smile, 2017 Greater Greencastle Chamber of Commerce Citizen of the Year Ginger Scott lets loose with her own grin while accepting the award Saturday evening.
Banner Graphic/Jared Jernagan
Order this photo

A tireless volunteer who never fails to bring a smile to the faces of those she works with or for was honored Saturday night as the 2017 Citizen of the Year.

Ginger Scott, whose volunteer efforts are practically legendary for organizations like the Putnam County Red Cross, Airport Appreciation Days, the Mary Allison Children’s Trust and the Greencastle Rotary Club, to name a few recipients of her labors, was presented the Citizen of the Year honor during the Greater Greencastle Chamber of Commerce annual dinner at the Putnam County Fairgrounds.

“I love the community and I love what I do,” Scott said in brief remarks after receiving the annual award presented by Chamber Executive Director Brian Cox. 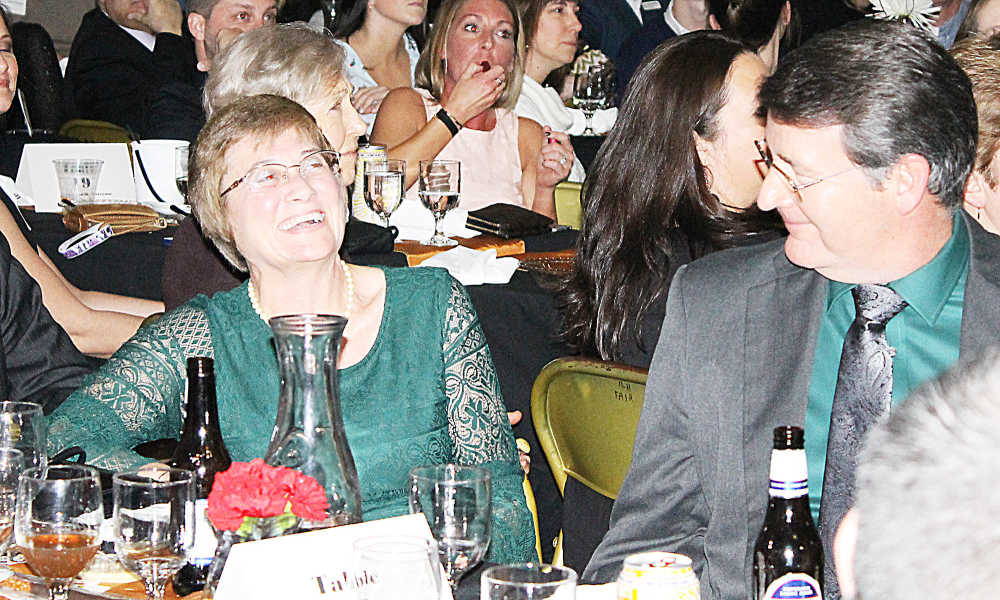 As husband J.R. watches her reaction, Ginger Scott realizes she is the 2017 Citizen of the Year. Following the Greater Greencastle Chamber of Commerce annual dinner, the well-wishers were lined up for hugs from the evening’s big winner.
Banner Graphic/Jared Jernagan
Order this photo

“People ask me, ‘How do you do what you do?’” she noted, adding that she wakes up every morning with the same goals in mind -- serving the Lord, serving her clients and serving the community.

Scott is vice president of Wabash Capital and responsible for client services in the Greencastle office.

When she walks into the room, Cox suggested, “everybody else starts to smile,” noting that Scott is ”not just a bystander but the one doing the work.” 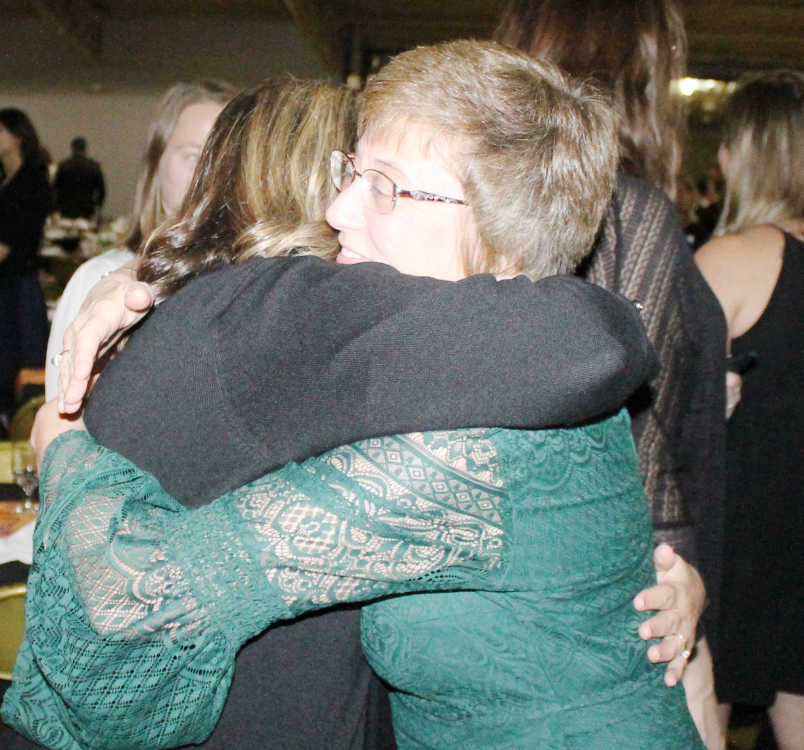 Saying Scott is involved “would be an understatement,” Cox praised.

“Our citizen of the year has served more Red Cross chili than any human should,” the Chamber executive director said in introducing the honoree, adding that Scott was a part of the Red Cross for more than 30 years.

Scott also has been on the Putnam County Leadership Council, serves on the Mary Allison Children’s Trust and has been part of Rotary on all levels, including presidency and assistant district governor. She also helped plan the Indiana bicentennial event at the courthouse last December and has been involved in the Putnam County Community Foundation as a legacy member while winning the Spirit of Philanthropy Award.

“While asking a few people about the Citizen of the Year,” he continued, “they all had the same instant reaction when I mentioned her name -- a huge smile came over their face. I asked give me a funny story that I can tell everyone and they all clammed up -- still with that huge smile on their face.”

As he announced Ginger Scott as the 2017 recipient, Cox instructed the fairgrounds audience to “Try not to smile.”