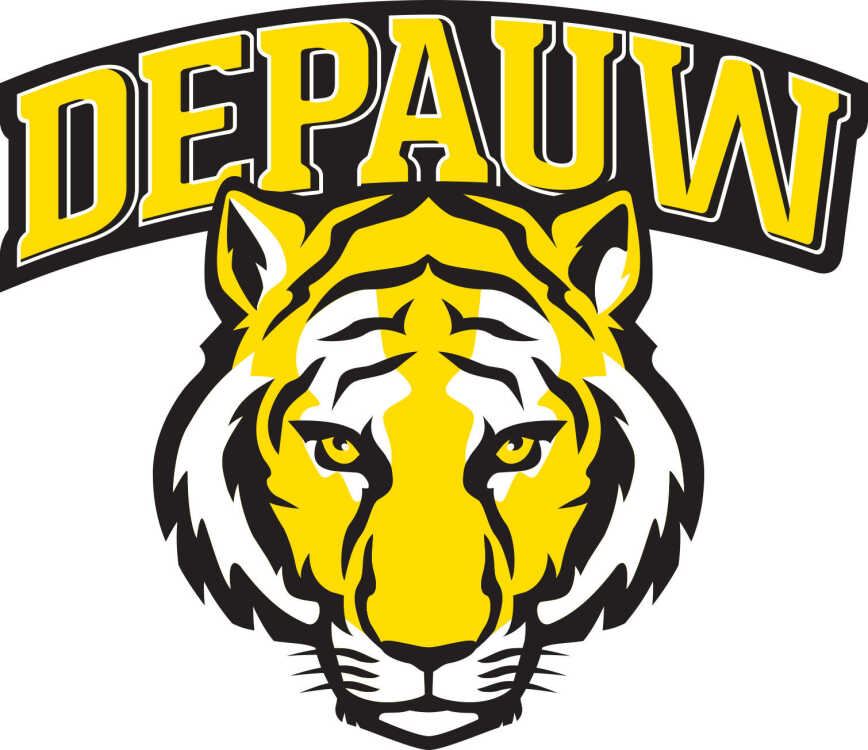 The top four seeds all posted victories on Tuesday night in quarterfinal round of the 2017 NCAC Women’s Basketball Tournament.

As a result, top-seeded DePauw (25-1) will host the “final four” today and Saturday at Neal Fieldhouse.

The Tigers — making their seventh straight appeaerance in the NCAC semifinals — will face fourth-seeded Wittenberg (15-11) at 5 p.m. on Friday, while the second semifinal on Friday will feature second-seeded Kenyon (21-5) and third-seeded Oberlin (19-7) at 7 p.m. 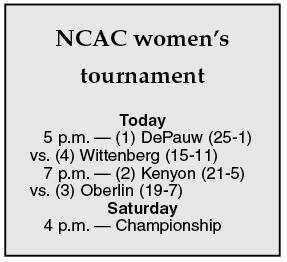 The semifinal winners will play in the tournament championship game at 4 p.m. on Saturday in Greencastle.

DePauw was led by sophomore Sydney Kopp, who was one of four Tigers in double figures with game-high 21 points on 5-of-8 shooting from beyond the arc, to go along with three rebounds, three assists and one steal.

It was a total team effort for DePauw as 12 different Tigers scored on their way to outscoring the Allegheny bench, 29-10. DePauw shot 55.9 percent from the floor and hit 11-of-22 from three-point range, while the Gators connected on 31.6 percent from the floor and were 6-of-22 from beyond the arc. On the glass, DePauw outrebounded Allegheny 48-16 and held 36-11 edge on points in the paint.

Wittenberg advanced to the NCAC semifinals for the first time since winning the NCAC Tournament in 2015 following a 78-68 victory over fifth-seeded Hiram (11-15) in Springfield, Ohio. Leading by six after the first quarter, the Tigers outscored the Terriers, 21-9, in the second quarter to stretch their lead out to 18 at the break.

Wittenberg extended its lead to 22 with 1:18 left in the third quarter following a three-point basket from Kristie Kalis, who provided a lift off the bench with 18 points.

Wittenberg was led by freshman Delaney Williams with a game-high 24 points and junior Sydney Mayle, who registered her third double-double of the season with 18 points and 10 rebounds. Kalis also chipped in 18 points off the bench as the Tigers improved to 10-2 on the year when the freshman scores in double-digits.

• Wooster 70, DePauw 63 — At Wooster, Ohio, Wooster made clutch baskets when it mattered and defeated DePauw in the NCAC Tournament Quarterfinal on Tuesday.

DePauw led 53-52 with 6:10 remaining in the game. A couple of tough shots later including a contested 3-pointer from Danyon Hempy and a jumper in the paint from Spencer Williams gave Wooster a 61-55 lead with three minutes to go. From there, DePauw could not get any closer than five.

Wooster outrebounded DePauw 39-28, outscored the Tigers 40-26 in the paint and outscored them off the bench 21-13.

In December, DePauw trailed by one at the half before Wooster took control in the second half, while in January, DePauw was within range of the Fighting Scots throughout the game. Spencer Williams averaged 21 points between the two games.

Wooster has won seven of the last 11 NCAC Tournaments. DePauw returned to the tournament for the second year in a row and the sixth time in the last seven years.

The Tigers finished at 11-15 overall.