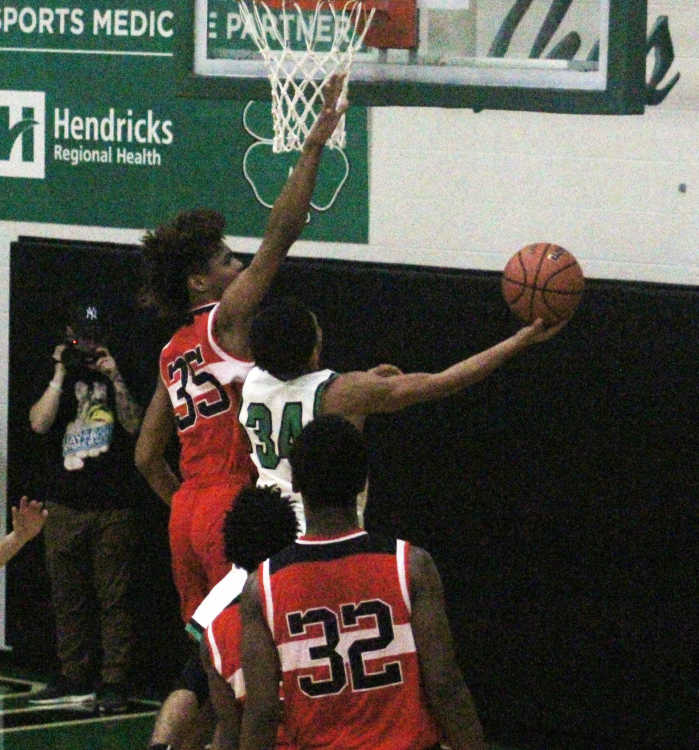 With just two regular-season games left tonight, the boys’ high school basketball season will move into its final stage on Tuesday with the start of sectional play.

North Putnam and Cascade will open the South Putnam Sectional on Tuesday night, followed by Cloverdale against Monrovia in a battle of the only two teams in the field with winning records.

Covenant Christian awaits the North Putnam-Cascade winner in the first semifinal next Friday, with the host Eagles meeting the Cloverdale-Monrovia survivor.

Greencastle will play the first game on Wednesday at Lebanon against Western Boone. The winner meets the Crawfordsville-Benton Central survivor in next Friday ‘s second semifinal game.

North Montgomery, Lebanon and Southmont will battle in the top of the bracket for the other berth in the finals.

John Harrell rates Cloverdale and Greencastle as the favorites in their respective sectionals.

With a formula based on “ratings, draw and site,” Harrell gives Cloverdale a 37 percent chance to win the South Putnam Sectional title for a fourth straight year.

Greencastle is given a 32.3 percent chance to win the Lebanon Sectional title, followed closely by Southmont at 30 percent. Lebanon is picked third at 15.7 percent.

• I bet Tri-West wishes it had stayed in the sectional grouping consisting of mostly teams in this year’s Lebanon field.

The Bruins were sent to Beech Grove, where Harrell’s rating system has them as having no better than the fourth-best chance to win that sectional.

• It is interesting that Greencastle was sent northward to Lebanon instead of westward to a much closer Northview site, as colleague Steve Fields pointed out this week on Twitter.

Edgewood leads the Northview field with a 72.2 percent chance of winning, according to Harrell, and no other team has more than a 7.7 percent chance.

Either Lebanon or Northview was going to have a seven-team field from among the 13 different schools sent to those two sites; I’d be curious to know how Greencastle’s fate was decided considering how much closer Northview is than Lebanon.

The Tiger Cubs made such a discussion less important on Tuesday with a huge win over Edgewood, but there’s no question that Lebanon is a more winnable sectional.

• Besides Beech Grove, Lebanon and Northview, the other sectional site feeding into the Greencastle Regional is Guerin Catholic — filled with four quality teams in Indianapolis Ritter, defending state champion Indianapolis Crispus Attucks and Brebeuf Jesuit besides the hosts.

• Cloverdale’s Jalen Moore finished the regular season with 871 points, an astounding totalwhich Harrell speculates may be the highest-ever season total prior to the state tournament.

The sectional opener will go a long way toward determining Moore’s eventual place in state history. Should the Clovers lose, Moore would finish in the 13-15 range in career scoring by hitting his 38-point average.

Should the Clovers win the sectional, they would be guaranteed at least one regional game. Moore would need to average 46 points per game for four tournament games to reach the top 10 all-time. Obviously the farther the Clovers go, the higher Moore could finish.

Another number for which Moore is shooting is for the best single-season scoring total (including post-season).

There have only been four players in state history to ever score 1,000 points in a season:

Shepherd, Alford and McGinnis were each named Mr. Basketball in their 1,000-point seasons. Bluiett was runnerup for the state’s top individual honor to Indianapolis Tech’s Trey Lyles — whose godfather is Jalen Moore’s father (William).

A question I’m frequently asked is about Moore’s chances for making the Indiana All-Star team.

Kyle Neddenriep of the Indianapolis Star wrote a column a few weeks ago speculating on All-Star candidates, and listed six players as “locks” and five more as “closing in” on securing spots.

Neddenriep included Moore in the next level of possibilities, among a group of five players considered “on the bubble.”

Cooper Neese was undoubtedly helped in the All-Star competition by his commitment to Butler, while Moore has not yet decided on a college and unbelievably is still not attracting as much attention as his numbers merit.

That fact shouldn’t prevent his selection, and a long tournament run by the Clovers would obviously be a feather in his cap in terms of the All-Star team.

The more these numbers continue to accumulate for Moore the tougher he is going to be to overlook.

• The first basketball coaching change in the Western Indiana Conference has already been announced, as Brown County boys’ coach Chuck Hutchins will be moving into administration next year.

The Eagles have won just four games this year in what has been a frustrating year for Brown County basketball.

The BC boys lost all five WIC divisional games, plus their crossover, while the Eagle girls went 0-5 in the division but were able to salvage a crossover win.