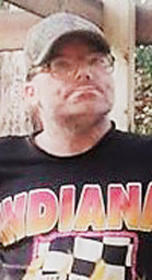 The son of Donald Gillham and Rochelle Farley and stepson of Cordell Farley, he was born Sept. 2, 1962.

He was preceded in death by his father, Donald Gillham, and stepfather, Cardell Farley.

Funeral services for Michael will be at 4 p.m. Monday, Feb. 26 at Whitaker Funeral Home, Cloverdale.