With ink circulating in her veins, June Leer saying goodbye to BG 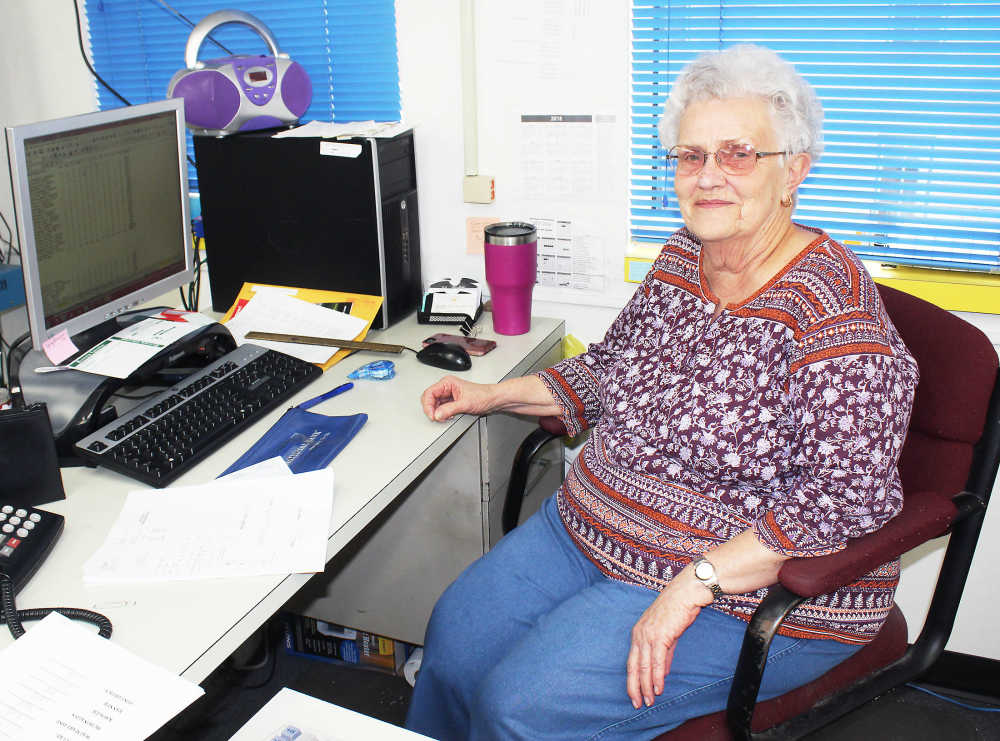 June Leer checks out a subscriber’s billing on a computer at the Banner Graphic office. She will say goodbye to her circulation role Friday after 37 years with the company.
Banner Graphic/Eric Bernsee

People can get involved in the newspaper business in a number of ways. Some like to communicate. Some love to write. Many love the thought of the scoop. Others enjoy capturing life’s moments in photographs.

June Leer, however, literally walked into her nearly 40-year association with the Banner Graphic and its circulation department. It’s an association that will end Friday with her retirement after some 38 years.

Circulation folks are those who deal with the finished newspaper product, making sure it leaves the friendly confines of the newspaper office whether via carrier, motor route, mail delivery or horseback, and ends up in the reader’s mailbox, paper box or on the front porch.

Yes, circulation is the life blood of the newspaper business.

June Leer’s story begins in 1981 when her children, Leanne and Ed Tilley, had in-town paper routes in Greencastle during a time when the Banner Graphic was published as an afternoon paper and shared delivery folks and circulation space with the Indianapolis News.

June often walked along with her kids as they did their paper routes, and that meant walking up to the Banner Graphic office to pick up their papers. One day, circulation manager Melvin Gaston asked if she wanted a job helping organize the papers and preparing the routes for the delivery people.

“It’s all I’ve ever done,” she said Tuesday on the verge of retirement as she nears birthday No. 80 on April 22. “I’d always said, ‘I’m not working past 80,’” so the end of March became the stopping point.

“I’ve never done anything else here,” she repeated. “If I had to sell an ad or write a story or work in accounting, I’d last one day. If I had to do something else in this building, I’d be lost.”

But circulation? She’s got that nailed.

“I don’t think there’s a (paper) route in Greencastle that I haven’t delivered,” she said.

Some of those deliveries were tougher than others. Like during the Blizzard of ‘78 before she’d even joined the cirulation department. While the Banner Graphic never missed publishing even a single issue during that historic storm, getting papers to the readers was another thing.

“Oh, gosh, yes,” Leer said, thinking about those obstacles. “Being a mom, I was worried about my kids because they had to walk in the street, and of course we had to walk up here first to get the papers.”

Many residents, of course, were stuck in their homes during the storm and its aftermath, unable to get their car out of the driveway, let alone up the road. Yet they wanted their newspaper.

“I remember one woman called the house so angry because she didn’t get her paper,” Leer said. “She about ate me up.”

Finally, after listening to the woman continue to rant on and on, June uncharacteristically suggested that if the woman wanted the paper that badly, “‘Lady, you can walk up to the Banner and get it.’”

Another time, while accompanying her kids on their route after an ice storm had made walking quite treacherous, they had just passed beneath a big tree when “a huge limb fell right where we had been.”

Leer has seen a lot of change in the circulation business and a lot of people come and go, even enduring through three ownerships of the paper -- Sarkes Tarzian, Truth Publishing (Elkhart) and now, Rust Communications.

Back when she started in the circulation department, there was no way to print out individual paper bills. Leer had to write out all the customers’ bills.

Carriers also had to go door to door and collect what their customers owed, often missing connections with the customer or getting the run-around from others who said they didn’t have any money or had nothing smaller than a $20 bill.

It was Leer who suggested the Banner try pre-payment to combat carrier collection issues. That effort is still in place today, even though the newspaper has moved on from paper-carrying boys and girls and motor route drivers to using the U.S. Postal Service for delivery.

“To me,” Leer reflected, “I was glad to have a job. I had a job and that (stay loyal and keeping working) was what you were supposed to do.”

In retirement, Leer says she plans to volunteer at places like Rescued Treasures and the Senior Center.

“I don’t think I could just stay home and watch TV,” she assures. “I think that’s why I’ve always worked, it kind of scared me to have all that time home alone.”

Her children -- Leanne McDaniel, Linton, and Ed Tilley, Lafayette -- have been trying to convince June to move to Florida where stepdaughter Donalee Schmidt from her marriage to the late Don Leer, resides in Zephyr Hills, as does with stepson Michael Neese. Another stepdaughter, Radene Varvel, resides in Greencastle.

“I gave it some serious thought,” she said of relocating to Florida, “but, no, it’s not for me.

“I’ve got three great-grandbabies down there and want to see them, but I’m going to stay here. What friends I have are here.”

So you’ll still see June around Greencastle, eating lunch or having dinner with friends and taking advantage of local activities that present themselves, probably still with one eye on the Banner Circulation Department.

“I guess part of it is,” she suggested, “when you work in the newspaper business, the ink gets in your blood.”

But of course ... isn’t that why they call it circulation?