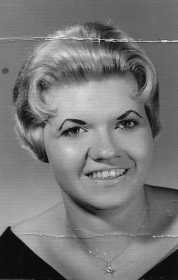 She was preceded in death by her parents and brothers Jerry Sheldon and Terry "Butch" Sheldon.

Funeral services for Corky will be at 1 p.m. Friday, March 30 at Whitaker Funeral Home, Cloverdale.

Visitation will be from 10 a.m. until the service time Friday at the funeral home.

Condolences may be made to whitakerfuneralhome.net.