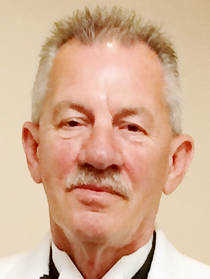 Danny Wallace is a Republican candidate running to bring renewed energy to the Putnam County Council in 2018.

Wallace describes himself as “a hard-working Putnam County native” who loves his community and cares deeply about his county.

Wallace is running for Putnam County Council, District 3 for three reasons: To support the residents of Putnam County’s quality of life, invest in the community’s future, and stand for the values of the people.

He lives with his wife Becky and has three children and five grandchildren.

Wallace, who joined the United States Air Force in 1973, is a career law enforcement officer with 45 years of service. Today, he serves as a two-term past exalted ruler at the Greencastle Elks Lodge, past state Elks sergeant-at-arms and currently serves as a board of directors member. He is also an active member of the VFW Post and the American Legion Post in Greencastle.

Inspired by his commitment to public service, Wallace implemented the Putnam County Sheriff’s Department’s K-9 program, served as a Drug Task Force supervisor as well as being a certified firearms instructor for Putnam County.

He has volunteered and served with many charity organizations, including Riley Children’s Hospital.

With years of hard work and community service under his belt, Wallace believes it is time for new energy in county government.

“This election is about the future of our county,” Wallace said. “We need to keep our neighborhoods moving forward.”