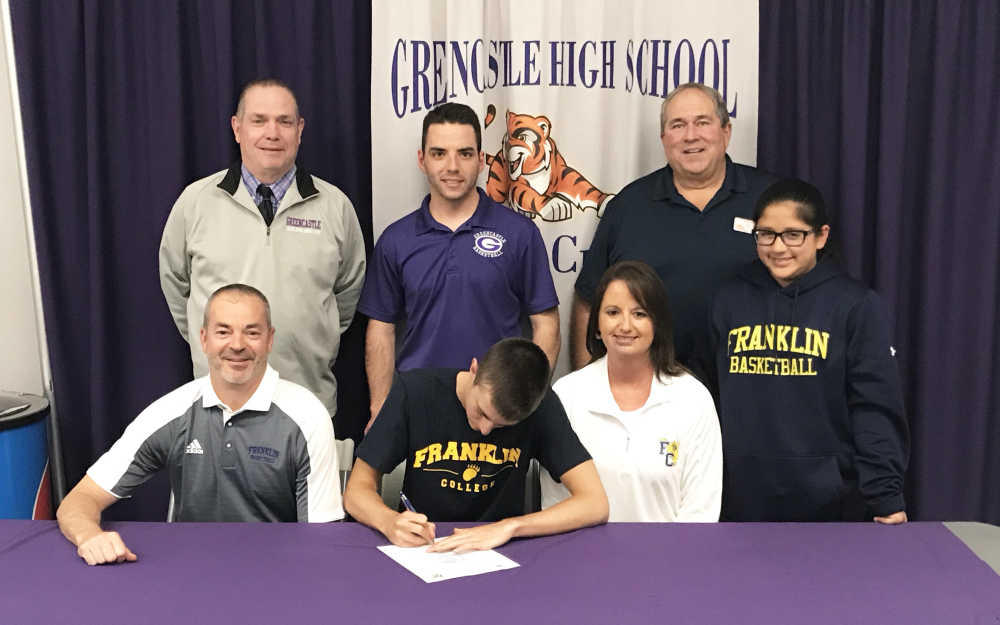 Some high school athletes are gifted enough physically that they are signed by colleges who refine their skills and figure out the best way to utilize their talents.

For Greencastle senior Colin York, the inverse has proven to be true.

Not possessing a ready-made collegiate body at 6-feet and about 140 pounds, York knew if he wanted to fulfill his dream of playing college basketball that he would have to work tirelessly to raise his skill level high enough to be recruited.

York’s work paid off on Tuesday, as the Tiger Cub standout signed his official paperwork to become a Franklin Grizzly next winter.

“I’ve been looking forward to this day since I was a little kid,” York said. “To play at the next level is amazing, and I just can’t wait to get started.

“Franklin was the best fit for me academically and athletically,” he added. “I loved the campus, the players I met and the coaches I met.”

One thing that many college freshmen have to do is to quickly make new friends to maximize the college experience.

York has a head start on that front, as longtime rivals Cam Harris of Crawfordsville and Justin Clary of North Montgomery — plus longtime travel teammate Isaac Combs of Bloomfield — will also be suiting up for the Grizzlies next winter.

“I’m looking forward to getting to play with some guys I’ve played against for a lot of years,” York said. “I have played against them in middle school and AAU. We have a good recruiting class.”

York does not know yet how he stacks up position-wise, but noted that many college teams do not have specified “point guards” and “shooting guards” — with each player being required to have the skill set of both traditional positions.

“They can see me playing off the ball or on,” he said. “The coaches just said they have lacked shooting the past couple of years.”

While his shooting and scoring numbers in high school were both exemplary, York knows there is one specific area where he needs to improve.

“I have to get stronger and quicker to play at the next level,” he said. “I just hope to compete and be able to play a little in my freshman year.”

“I’m looking forward to it,” he said with a laugh.

York tirelessly shot for hours on end in McAnally Center to hone his skills, and he knew he needed to invest that time in order to be a successful player.

“I have hung my hat on my work ethic and to be in the weight room as much as I can,” he said. “All the work has been worth it.”

York plans to major in business at Franklin, hoping for an eventual career in sports marketing. 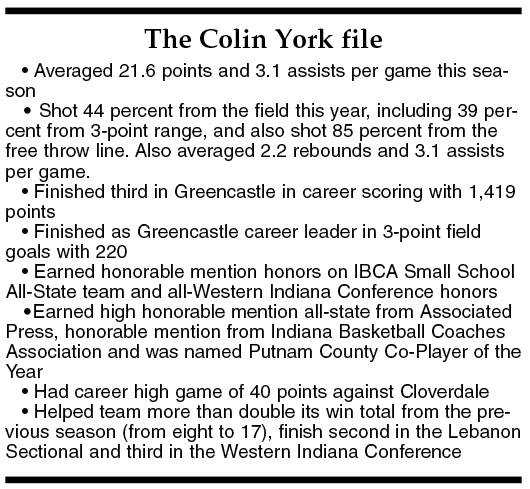 Greencastle coach Bryce Rector, who coached York for the past two seasons, predicts success for his star player at the next level.

“Franklin is a great fit for him,” Rector said. “That level is somewhere he can compete early on. After seeing Franklin play a couple of times this year, I think he will fit into their system well.

“I’m looking forward to seeing how he adjusts to bigger and stronger opponents at that level.”

Rector considers York’s ballhandling skills to be “highly underrated,” and he expects him to have the ball in his hands even more at Franklin.

“He’s an underrated passer and decision maker also,” Rector said. “I don’ know that Franklin has a specific job for a point guard, but he has the ballhandling skills to have the ball more than anyone else on the court. He’s an incredibly unselfish player who can create some matchup problems because of his shooting ability.”

Rector agrees that York will have a rare comfort level with such familiar new teammates, as Clary and Harris were regular 20-point scorers against the Tiger Cubs over the past two seasons.

“It’s good to feel comfortable in a new situation,” Rector said. “I know the coaching staff recruited him really hard and really well. They built a great relationship with him, and that will make for an easy transition for him.”

York is Rector’s first signee at Greencastle, and he will leave a legacy more than just in the record books.

“There were a lot of his teammates in here for the signing who hope to make that step someday,” Rector said. “Colin is not the most physically gifted player, but they saw the work ethic that Colin displayed to get to play at this level.” 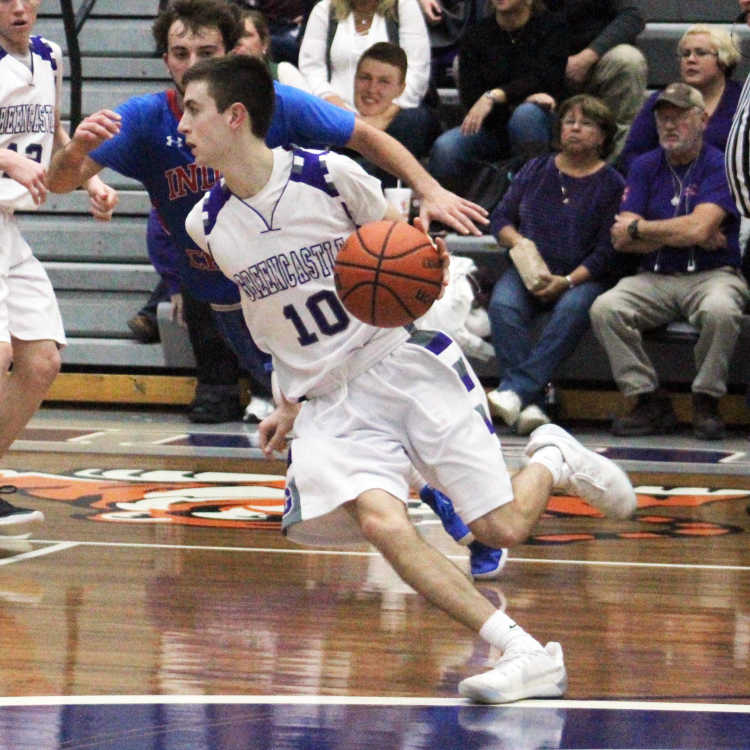