Unanimously adopting a resolution addressing hate crimes in the state of Indiana Thursday night, the Greencastle City Council likened the measure to "a statement of principle" rather than a new law.

Council President Adam Cohen, who authored Resolution 2018-5, said it reaffirms city officials' commitment to what was passed in 2015, while also addressing the concept of hate crime. 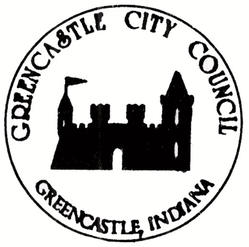 The city could pass a hate crimes law, Cohen said, but the most it could do would be allow the city to ticket individuals for infractions.

The Council president said he would find it demeaning that all that could be done locally in that situation would be issuing a ticket.

"A municipality cannot pass a criminal statute," he pointed out.

Resolution 2018-5 points out that not enough had been done previously on the issue, despite the Council adopting a 2015 resolution making it a priority to welcome and promote diversity among its citizens, visitors and businesses and stating that all offices and companies doing business with the city not discriminate on the basis of race, religion, ethnicity, disability, sex, sexual orientation, gender identity, gender expression, national origin, ancestry, age or U.S. military veteran status.

"More work needs to be done to ensure all citizens are made to feel welcome and to promote a diverse community," the new resolution states, noting that 45 states and the District of Columbia all have hate crime legislation on the books, while Indiana does not.

Resolution 2018-5 points out that the recent racially biased events reported within the community -- including several incidents involving racially derogatory messages -- "have made it clear that state law does not allow for adequate prosecution of actions that in other states are considered hate crimes."

In passing the resolution, the Council calls upon each of the state legislators who represents the city -- District 44 State Rep. Jim Baird (R-Greencastle), District 24 State Sen. John Crane (R-Avon) and District 37 State Sen. Rodric Bray (R-Martinsville) -- "to publicly state their position on the issue of hate crime legislation."

Further, the Council measure urges them to introduce hate crime legislation at the state level during the 2019 legislative session.

Speaking out against passage of the resolution, local resident Joan Billman said, "There's no reason in the world to have a hate crime bill, it's not going to make people love one another."

She said such legislation can even create more hate, suggesting it's "a movement to subdue religious feelings in this country."

"Once it's in government," Billman said, "you can never get it out. It's not gong to stop people from spray painting hate messages on walls."

The Council pointed out any indiscretion that was deemed of hate crime in nature could provide a sentencing enhancement to already existing laws.

Meanwhile, Leslie Hanson, one of the organizers of the April 21 anti-racism rally in Greencastle, encouraged the Council to vote yes on the hate crimes resolution.

"It is important for our elected officials to take a stand against the hate that is increasing not only in our state but across the country," Hanson said.

"There are those that say we already have laws that can be used to prosecute offenders -- that a hate crime law would be redundant and unnecessary and that intent does not matter," she added. "Our laws already reflect that intent does matter. For example, voluntary vs. involuntary manslaughter, reckless homicide vs. murder, assault vs. assault to kill, etc."

To attack someone or destroy or damage their property because of a bias against their race, religion, ethnicity, disability, sex, sexual orientation, gender identity, gender expression, national origin, ancestry, age or U.S. military veteran status "must be dealt with differently," Hanson stressed, adding that a message of hate "carries with it an additional threat against an entire community of people and that warrants additional punishment."

Hanson noted that a few years ago someone "paintballed" the front of her home in what normally would be considered vandalism or criminal mischief.

"But what if someone had spray painted a swastika on the side of my house?" she asked, reminding the Council she is Jewish. "I believe that would warrant a different charge due to the intent of the perpetrator to cause me and others like me to feel threatened and fear for my safety."

In other main business Thursday night, the City Council discussed its upcoming Greencastle School Board appointment but did not set a date for a special meeting to interview candidates for the post.

The seat is currently filled by Lisa Lazar, who has expressed interest in reappointment, Councilman Cohen said.

Deadline for candidates to complete and return an application for the position to City Hall is May 18.

Lazar's initial four-year term expires June 30, so the Council will need to make its appointment or reappointment at its June meeting or during a special session after May 18.

If more than three candidates are up for consideration, the City Council can meet in executive session to trim the field to three finalists. However, those three finalists must be interviewed and the appointee selected during a meeting that is open to the public.