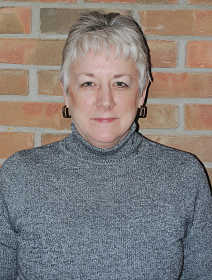 After 15 years as the executive director of Old National Trail, Nancy Holsapple is set to fill some bigger shoes for the State of Indiana.

The veteran educator will step into her new role on Monday, June 25, leaving a void at the local special education cooperative that serves the Cloverdale, North Putnam, South Putnam, Eminence and Mill Creek school corporations.

"I've been at Old National Trail since 1994, but I served in the role of teacher, then assistant director and I got the position of director in 2003," Holsapple said.

In her place, the ONT advisory board has appointed Assistant Director Diana Meo as interim director.

"Hopefully it will be a smooth transition. She has worked with me for several years," Holsapple said.

She said that a smooth transition is important for the students, parents, teachers, administrators and community members. Between the five corporations, ONT serves children in 17 different school buildings.

Her new role with the Department of Education won't be Holsapple's first experience working with Superintendent of Public Instruction Jennifer McCormick, who announced Holsapple's appointment Friday as part of her weekly update to educators.

"Recognized as a positive and encouraging leader, Dr. Holsapple has an excellent reputation for working cooperatively with students, parents, teachers, principals and community interest groups," McCormick wrote. "We are excited to have Dr. Holsapple join our team."

Holsapple was part of McCormick's transition team after she was elected to the office in November 2016.

Happy with the results, McCormick turned Holsapple's name over to Gov. Eric Holcomb.

"It's the only position at the DOE that's appointed by the governor," Holsapple said. "Dr. McCormick took my name and my application to the govern or and he made the appointment."

The timing of Wright's retirement was perfect for Holsapple, as she and husband Brien are also entering a new era in their lives.

"Our daughter graduated, so she'll be a freshman at Indiana State and our son is a senior at Indiana State, so I thought this was a time to make that move," Holsapple said.

Having just completed her 32nd year in education, Holsapple could be calling it a career. Instead, she's moving up in the world.

"One day we were sitting on the porch swing and I had my paperwork from teacher retirement and I said, 'I could have officially taken full retirement back in April,'" Holsapple said.

Serving at the state level won't be entirely new to Holsapple.

Among these committees, Holsapple has served as secretary on the Indiana Council of Administrators for Special Education.

With the connections she's made, Holsapple heard from a number of colleagues when McCormick made the announcement on Friday.

"When it came out in the newsletter, I got lots and lots of congratulatory emails from my associates around the state," she said.

Now Holsapple hopes she can bring some classroom and district-level experience to a statewide position.

Even as she takes the state position, Holsapple plans to continue to serve locally. She currently chairs the Department of Child Services Child Protection Board and may have to give up that position.

However, she hopes to remain on the Putnam County Youth Development Commission board and the 4-H Council.