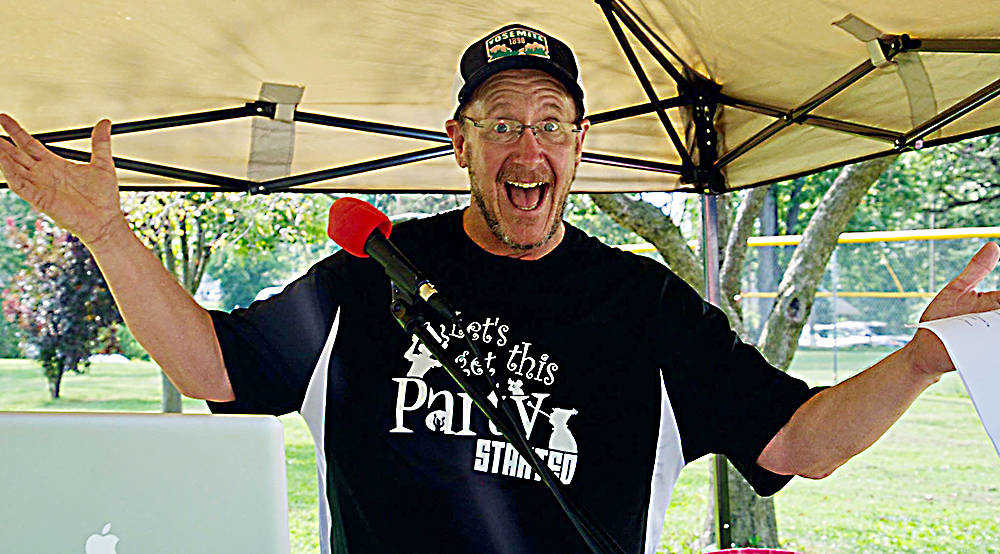 Bringing music, magic and laughs to the next Music Monday, Jim “Figgy” Hardwick will be performing at Robe-Ann Park on Monday, June 25.

You have probably heard Figgy’s voice over the years somewhere around Putnam County as a mobile DJ, host and emcee for many special events.

Figgy has been entertaining audiences since the late ’70s when he started performing singing telegrams here in Greencastle.

Moving to California in the ’80s and hooking up with his talented brothers Denny and Dick, they performed together in a show at Disneyland and various other events throughout the years. This has motivated Figgy to expand his bag of tricks to include musical instruments, magic, balloon animals and comedy.

His “real job” has been working for Putnam County Community Corrections since 2002 as a drug and alcohol counselor and cognitive restructuring program facilitator. However, his passion has always been seeing smiles on the faces of people for whom he is performing.