Steve was born in Greencastle and is the son of Margaret and Damon Modlin. 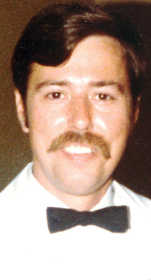 Stephen proudly served in the United States Navy for 22 years, moving his family 13 times before retirement in 1989.

Steve was a fighter pilot, flying F4 Phantom Jets, and a landing signal officer, training men to safely land aboard several aircraft carriers, while serving in Vietnam. He was awarded the Distinguished Flying Cross Medal and later became a commander of the USN.

After retiring from the USN he wanted to spend more time with his family, moving back to Greencastle.

Steve was his family’s hero, stoic until the end. He will be remembered for being a decorated Navy man, but more so, a loving husband, and a brave, proud dad and grandpa.

A graveside service will be conducted at Brick Chapel Cemetery on Monday, July 16. Those wishing to say farewell to Steve, please gather at the cemetery at 10:30 a.m., services will begin at 11. Hopkins-Rector, Greencastle, is in charge of the arrangements.

Memories may be directed to the family at www.Hopkins-Rector.com.