The Putnam County Playhouse season of hits continues with a production of the classic mystery "The Mousetrap" by Agatha Christie, opening Thursday, July 12.

It will be presented July 12-14 and July 18-21 at the Hazel Day Longden Theatre off Round Barn Road on Greencastle's East Side. 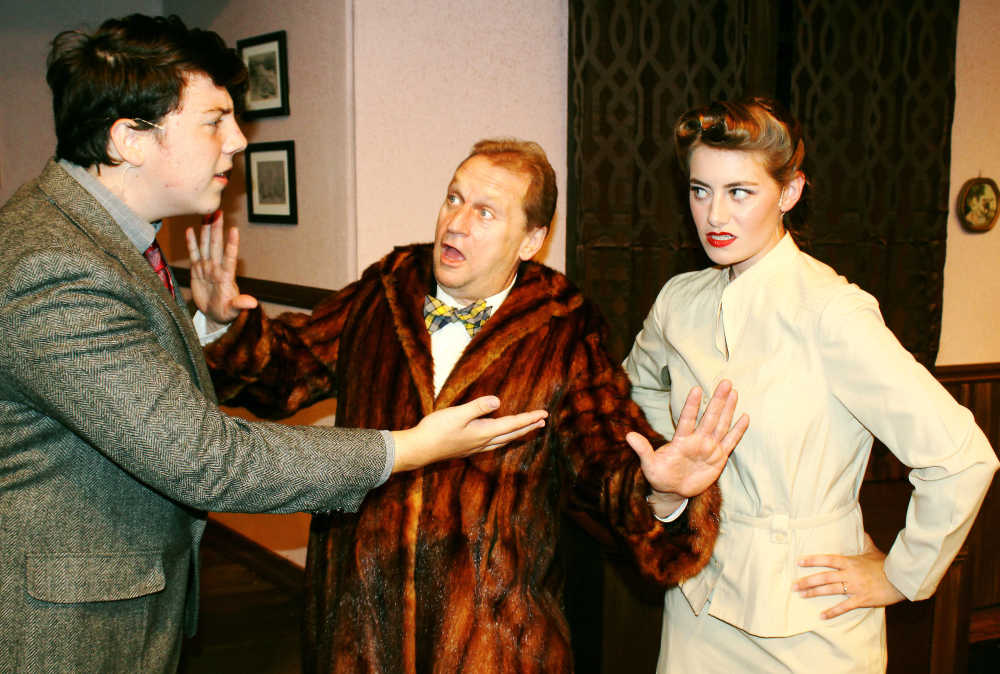 Breaking up a lover's quarrel that might turn to murder, Mr. Paravicini (played by Jay Prewitt) gets between Giles and Mollie Ralston (David Lorimer and Anna Harris) in a scene from the Putnam County Playhouse production of "The Mousetrap." The Agatha Christie mystery opens Thursday at the Hazel Day Longden Theatre.

Tickets may be reserved by calling the box office at 653-5880 from 5-7 p.m. Monday through Saturday.

"The Mousetrap" is directed by TJ Tincher, seen last season in the title role of "The Foreigner."

Set in England in a remote inn newly opened by a young married couple, Mollie and Giles Ralston (Anna Harris, David Lorimer), the play brings together a strange group of people all of whom have secrets. They include Mr. Paravacini (Jay Prewitt) a stranger with car trouble; a mysterious young woman, Miss Casewell (Cheyenne Sky Welch); Christopher Wren (Dustin Boothby), a young man who may be an escaped lunatic; a fussy woman with irritating habits, Mrs. Boyle (Kathy Helms Arnold); and a retired army officer, Major Metcalf (Jack Randall Earles).

Local policeman Sgt. Trotter (Cameron Wunderlich) joins the snowbound group. He is investigating a murder that took place in London and that has ties to the inn, its owners, and its guests.

Everyone is a suspect and everyone is in danger when a related murder occurs among the group. Can Sgt. Trotter solve the mystery before the next demise occurs?

The set is by Linda Gjesvold with costumes by Shelly Green McFadden.

The production is sponsored by Shuee's.

"The Mousetrap" is the longest running play in theater history. It has been running since 1952 in London. This is its first production by Putnam County Playhouse.

The season will continue in August with a production of the musical Disney's "Beauty and the Beast."