Putnam County native Steven "Steve" W. Fouty, who has served in leadership positions at five notable Indianapolis technology companies and has a reputation as an entrepreneurial strategic thinker, has been named the new director of DePauw University's McDermond Center for Management and Entrepreneurship.

Created in 1980 and home to DePauw's prestigious Management Fellows program -- which has produced a range of "uncommonly successful" graduates, from Angie's List co-founder Angie Hicks (Class of 1995) to Boston Celtics head coach Brad Stevens (Class of 1999) -- the McDermond Center aims to advance a dynamic intersection of business, entrepreneurship, management and the liberal arts on the Greencastle campus and beyond. 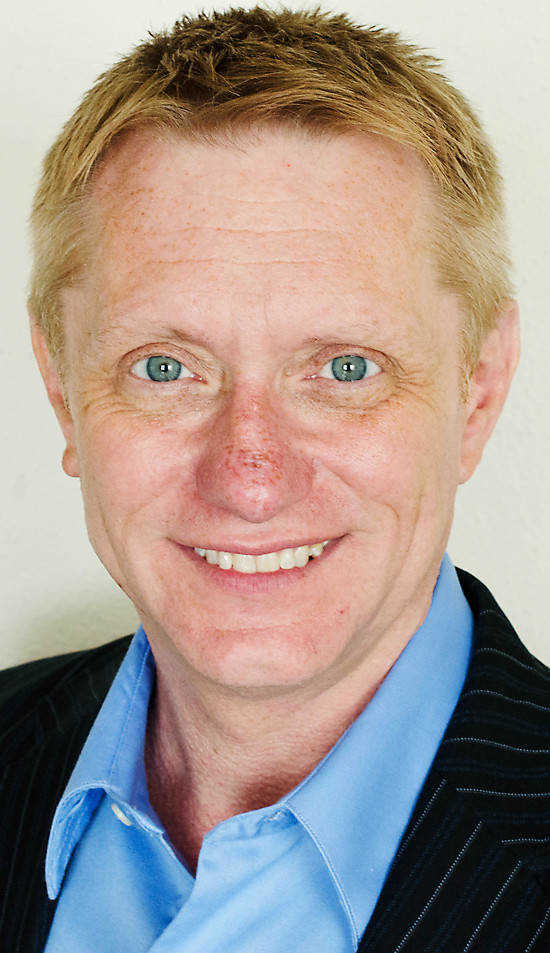 "DePauw is a place where, for 181 years, young people have developed the tools to lead and succeed, and the McDermond Center has amplified and focused those efforts," DePauw President D. Mark McCoy said. "The world of business and start-ups has changed greatly in recent years, and Steve Fouty brings a powerful combination to us at a critical time. Tomorrow's leaders must do more than understand what it takes to build and grow a business -- they must understand the ever-increasing role of technology in our lives and have the intellectual and emotional dexterity to see the future and navigate change.

"I am excited to see what Steve does to develop the McDermond Center -- one of the nation's finest experiential learning programs in business leadership and entrepreneurial preparation within a liberal arts setting -- so that it can provide greater opportunities for even more of our students," McCoy added.

Fouty said he is honored and eager to be able to utilize his knowledge, experience and the network connections he's made over his career "to now give the next generation of great leaders from DePauw University all the support necessary to achieve their entrepreneurial and management aspirations."

"To be able to expand the DePauw students' access to tools, resources and mentors that will give them the best possible path to success, as well as give back to the Greencastle community where I was born and raised, is a career-culminating milestone for my own professional and personal journey," Fouty said.

Born to parents Bill and Ruthi Fouty in the old Putnam County Hospital, Fouty spent the first couple years of his life in two locations within Greencastle.

"My dad worked at IBM in Greencastle all of my childhood years but we moved to Cloverdale when I was five," Fouty told the Banner Graphic, noting that he lived in the country on a farm outside of Cloverdale until leaving for college at Indiana University.

So he considers both Greencastle and Cloverdale his hometown but his Putnam County roots run deep.

"When my wife (Fayrene) and I moved back to Putnam County," he added, "we bought 12 acres near Putnamville. Our official phone number is a Greencastle phone number, the school system is South Putnam, but the address is Cloverdale."

Fouty was an early leader of the finance teams of five notable Indianapolis tech growth companies -- Software Artistry, ExactTarget, Compendium, Emerging Threats and, most recently, PolicyStat. He took two firms from start-ups to public companies that were ultimately sold to larger corporations (ExactTarget was acquired by Salesforce.com and Software Artistry was purchased by IBM).

Fouty served as the lead finance executive in the recent sales of PolicyStat to iContracts, Emerging Threats to ProofPoint, and Oracle's purchase of Compendium.

He comes to DePauw after serving as chief financial officer of ClusterTruck, a technology-driven start-up that is disrupting the prepared-food delivery industry, and is founder and CEO of TotallyWhole LLC, which has its specific focus in Greencastle.

Fouty was named to the inaugural "Indiana Tech 25" and has served under a number of the state's top tech visionaries, among them Scott Dorsey, Don Brown, Jenny Vance, Ali Sales Roach and Scott McCorkle.

A graduate of Indiana University's Kelley School of Business, Fouty is a certified public accountant and a chartered global management accountant.

As director of the McDermond Center, Fouty will build and cultivate supportive programming, skills development, internships, student organizations and alumni mentoring and networking for a broad diversity of students from multiple disciplines with interest in complementing their liberal arts foundation with management, business, and entrepreneurial skills, insights and experiences.

Among other things, he will also serve as a member of DePauw's Centers Council and coordinate on projects with the directors of the university's Tenzer Center for Technology, the Prindle Institute for Ethics, the Pulliam Center for Contemporary Media, the Christian Center for Diversity and Inclusion, the Hartman Center for Civic Engagement, the 21st Century Musician Initiative and the Hubbard Center for Student Engagement.

Mike Langellier, a 2004 DePauw graduate, is president and chief executive officer of Techpoint, an Indiana initiative that promotes and supports the state's tech sector. Of Fouty, he says, "Steve has the Midas touch, everything he touches proves golden."

"Steve's appointment and the recent gift by 1968 graduates Steve and Karen Sanger to create a Leadership Initiative on this campus -- as well as the new DePauw Gold Commitment -- emphatically state how serious we are about graduating students who enter the world ready to be change agents from day one," Anne F. Harris, vice president for academic affairs, said. "DePauw has historically created leaders the world needs, and we are determined to make the opportunities and experiences of our students even more impactful going forward."

The McDermond Center was named in honor of Robert C. McDermond, who was instrumental in its creation and donated funds to endow its operating budget.