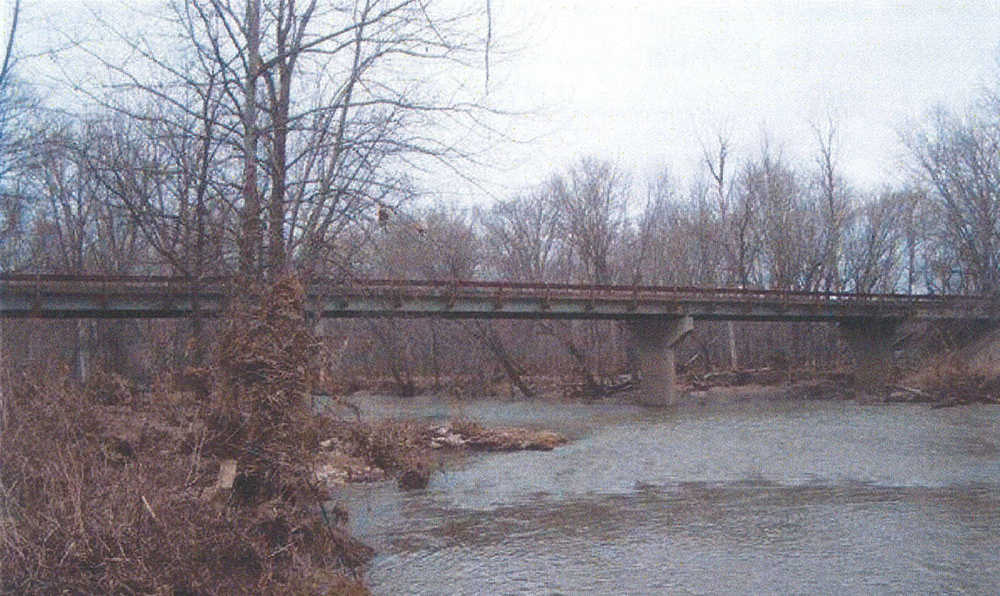 County officials received a pleasant surprise when one contractor’s bid for work on a Russell Township bridge came in 10.5 percent under the engineer’s estimate.

During their second July meeting, the commissioners opened bids on the Bridge 15 project on the Morton-Russellville Road.

The project had to be delayed until later in 2018 due to a bridge deck overlay project on State Road 236. Since the closure of the bridge in early March, Morton-Russellville Road has served as an unofficial detour.

“We gave them the alternate bid option in case their contracts were all full this fall,” explained Mike Obergfell of USI Consultants. “Obviously they’re not (too busy) — their alternate bids were higher, which is interesting.”

A bridge engineer, Obergfell is vice president at USI, which is providing engineering services for this project.

As the commissioner continued their meeting, Obergfell compared the specs on the projects. In his report at meeting’s end, he said he was impressed with the Shutt-Lookabill bid, which was the last of the three opened.

Even with an early report on the bids, the commissioners chose to stick to their normal course of action, taking the bids under advisement in order to approve one at the next meeting.

The job does not involve any structural work to the 59-year-old bridge over Big Raccoon Creek. Instead, the roadway will be milled down and resurfaced.

“It’s kind of like chip and seal for a bridge deck,” County Highway Supervisor Mike Ricketts explained to the Banner Graphic.

• Ricketts reported that County Road 725 East between State Road 240 and U.S. 40 is the unofficial detour as crews replace a culvert on 240.

The Indiana Department of Transportation has inspected the county road and will reimburse the county for any damage the increased traffic causes.

Ricketts reported that the road was due for resurfacing even before the project.

• Dave O’Meara Construction, which is doing the county’s hot mix asphalt repaving this year, is set to begin work on Sept. 10.

• Ricketts reported that he has crews out performing wedging work in advance of chip and seal work.

He added that a crew west of Greencastle has been doing ditching and berm work, while two other crews, in Russell and Washington townships, have been mowing.

• Audience member Ty Sutherlin, a homeowner in Brick Chapel, asked for an update on an unsafe home next door to his residence.

County Attorney Jim Ensley reported that the case had gone before the Board of Zoning Appeals a week earlier and that the owner was given the months of July and August to move forward with work.

If nothing is done by September, the county will be able to step in and take care of the issue.