Although no decision on a proposed detox center came out of the nearly five-hour Greencastle Board of Zoning Appeals meeting earlier this week, city officials had nothing but encouraging words about the way local residents handled themselves on such a hotly divided issue.

The topic was raised during the department reports section of the August City Council meeting Thursday night at City Hall. 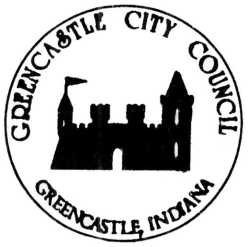 Tyler Wade, one of five Council members who were in the audience at the BZA meeting and one of two to speak as a private individual Tuesday night, asked City Planner Scott Zimmerman if additional public comment would be allowed when the tabled BZA meeting reconvenes at 6 p.m. Tuesday.

The BZA had closed the public comment portion of its meeting Tuesday night prior to voting to table the issue of allowing a drug-and-alcohol detox center in the old Ivy Trace facility at 815 Tacoma Drive until Aug. 14. The BZA could legally pick up at the deliberations portion of the proceedings, where it was when the tabling action was made.

"That would be up to the board to make that determination," Zimmerman said, glancing toward a nodding Laurie Hardwick, the city and BZA attorney."But it is definitely open to the public."

The BZA took testimony from petitioners from the Indiana Center for Recovery (ICR) and comments from about a dozen local residents during the four hours and 40 minutes of meeting time at City Hall Tuesday night.

"I would like to say," noted Mayor Bill Dory, who was also in attendance for the lengthy Zoning Board session, "that at the BZA meeting, I appreciated the fact that all the people who attended were very cordial of each other. Nobody got into any kind of argument. People listened.

"For something that was somewhat of a contentious issue," he added, "people were very good about listening to other opinions and expressing their opinion and doing a great job of it."

While insinuations were made that perhaps the city zoning code is outdated in not having a direct reference to a detox center for drugs and alcohol abuse, City Councilman Dave Murray asked Zimmerman whether that was an issue or not.

"Is it your opinion, Scott, that the current code allows for that use?" Murray asked.

"That is what is being discussed at the BZA meeting," Zimmerman responded.

"In different areas," City Attorney Hardwick interjected, adding in jest, "unless you want to go into another three hours ..."

"No, I do not," Murray laughed. "I was looking for a simple answer."

Reflecting the BZA discussion and the state of the tabled outcome, Hardwick appropriately enough added, "There is no simple answer."

Meanwhile, Councilman Wade took the discussion in another direction, commending constituents overall on their proclivity for reaching out to him with questions and input into ongoing issues.

"I think I've been contacted more by constituents the last month than I have any other period of time in my time on the City Council," he said.

Wade noted that "a whole host of issues" had been voiced to him, "from quail and chickens in backyards to properties that have fallen into disrepair to street signs and folks driving too fast."

"I really appreciate hearing from folks," Wade continued. "It makes our job on the Council a lot easier to be able to make decisions that impact the city when we hear regularly from constituents about their concerns.

"We appreciate any inquiries that Council members may get," the mayor said. "Just forward them my way and we'll distribute them to the proper department heads. Sometimes we get them taken care of fairly quickly, while other times we have to order a sign or something, so it might take a couple of weeks.

"Sometimes we have to refer people to other concerns. For example, we got a number of complaints about U.S. 231 (during this summer's road repaving project). We obviously had to refer those on to INDOT."

Recently, as Councilman Mark Hammer pointed out, questions have been raised about the downtown sidewalk project, particularly the section along the north side of Franklin Street between Dick's Barber Shop and Jerry's Foreign Auto Repair. The sidewalk there appears to have two levels, currently separated by orange safety cones.

"We will be adding a railing there," Mayor Dory responded. "The problem we ran into there was not the only place we have that issue downtown.

"In order to stay in compliance with ADA (the Americans with Disabilities Act), we can't do a cross slope on the sidewalk. It has to be less than two percent, so basically flat."

Compounding the issue, the mayor said, is that with "the height of building entrances versus the height of the street, we've got too much height to work off across the width of the sidewalk."

"The easiest way," Dory said, "was to put a step in, but we'll have to put a railing there because of the traffic. It's just one of those awkward areas we've got, with a similar situation across the street next to Music on the Square (in the old Goodwill store building)."

Overall, the mayor noted that as part of the sidewalk project, the city has been able to improve ADA access to several businesses along that stretch.