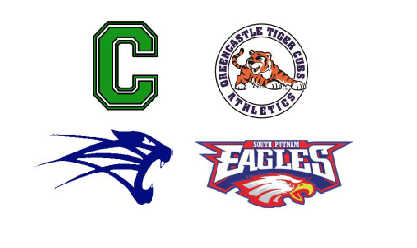 Even though it seems we just got started, the fall sports season for Putnam County schools is moving right along with many highlights so far.

Here is a look at each sport and how it is shaping up:

Three county squads are undefeated after two weeks, with Cloverdale losing a pair of close games to other county teams.

I was cautiously optimistic coming into this season, considering some of the quality players who graduated and my limited appreciation for the backup players of last season and their abilities.

Our teams have filled in those gaps quite nicely so far.

A common question I am asked is if South Putnam is really a team worthy of getting votes in the Associated Press poll. My answer is normally “I don’t know yet.”

My belief in the validity of any polls in any sport this early in the season is practically zero. Want an example? Crawfordsville was ranked 14th in the Indiana Football Coaches Association 3A preseason rankings, despite coming off a winless season and having a head coaching change less than a month before the season began.

Not to pick on them, but that program has struggled for many years and it’s impossible to fathom how any coach could have intentionally voted for the Athenians. I maintain my belief that no ranking should take place before the third week of a season, but they will probably continue to do them any way.

Any way, South Putnam has allowed just 14 points in two games, the lowest total among the 12 Western Indiana Conference teams.

North Putnam, meanwhile, has scored 76 points — one point behind Northview for most among WIC teams so far.

Something has to give on Friday as the Cougars travel to South Putnam to kick off WIC action. A win this week by the Eagles would go a long way to answering any doubts about their ability.

Greencastle goes to West Vigo in other WIC action, while Cloverdale hosts Edgewood. West Vigo is the only Western Division team with a loss so far, having fallen in the first week to Class A No. 3-ranked North Central.

The East Division team records are much worse, with no undefeated teams left. Three have 1-1 records, while three others have 0-2 marks.

Obviously, who you play is directly related to what your record is — and it’s also hard at this point to determine if a team’s opponents so far as good, fair or weak.

One thing I hope for this football season is that I never see the officiating crew that worked the Greencastle-Cloverdale game on Friday. I’m all for penalizing players for fighting or other physical actions, as well as mouthing off to other players or officials.

The problem with Friday’s game was that there didn’t seem to be any conflicts of either kind, although they may not always be visible. The officials just kept throwing flags right and left, and did not appear to take the preventative steps that good crews do in all sports — calling aside any players in trouble of getting sanctioned, asking them what the problem is and then telling them they won’t put up with whatever is going on before either ejecting them, giving them a technical foul, a red card or a penalty flag.

Thursday night will be sort of a preview of the Sept. 8 county tournament, with different pairings.

Cloverdale plays at Greencastle tomorrow night in a matchup of the teams with the best records to date, while South Putnam plays at North Putnam in a battle of potential spoilers.

The pairings for the county tourney, to be played at Cloverdale, are South Putnam vs. Cloverdale in the opener followed by North Putnam vs. Greencastle.

If there is any sport in which you can “throw the record books out the window,” as the old sports journalism cliche goes, volleyball is it. Greencastle has won five straight titles, but this year’s field appears to be wide open and only dependent upon who gets hot at the right time. Just like every year.

Weather has been the biggest opponent to date, with many scheduled meets not being able to happen due to stormy conditions.

In one of the least controversial declarations ever, MileSplit Indiana has named Greencastle’s Emma Wilson as the top-ranked female runner this year. Considering she’s the defending state champion, that was probably an easy call.

North Putnam has seen a huge resurgence in both the boys’ and girls’ programs this year, despite the Cougar girls suffering their first loss at Greencastle on Tuesday.

Greencastle’s boys are still trying to fill in a lot of spots for a large and talented senior class last year, while the Tiger Cub girls are hoping to take one more tournament step than in last year’s sectional runnerup season with a veteran team.

South Putnam has already won the WIC West Division title by sweeping the other four opponents who field teams.

The Eagles will host the East Division winner for the championship on Sept. 15. From the WIC website, few match scores have been listed; but it appears that defending East champ Indian Creek has already lost at least twice.

Greencastle defeated the Braves in last year’s WIC title match. This year, the Cubs are also working to fill in for graduated standout Sean Ramey and exchange student Luca Magni, but coach Annette Munoz will get things headed in the right direction.

There were some struggles early, but the four county squads are all showing signs of progress as the sectional unbelievably sits just two weeks from Saturday.

South Putnam placed sixth in the WIC tournament on Monday, but the other county teams were all close behind and the Sept. 10 county tournament should also be up for grabs.