PARAGON -- Three Cloverdale adults were killed and two children were injured when the car they were riding in Sunday night plunged more than 100 feet into a ravine near the Morgan-Owen county line northwest of Paragon. 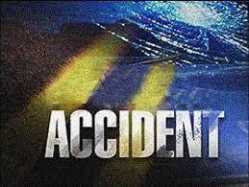 The fatal accident occurred at approximately 10:15 p.m. Sunday, the Paragon Volunteer Fire Department reported, at the T intersection where Baseline Road meets Drunkards Pike and Turkey Neck Road near Porter's Cave. The remote intersection has no guardrail or warning signs.

A witness who lives nearby was outside talking on her phone, and said the white Volkswagen Jetta was going too fast to make the turn and drove off the roadway.

The car reportedly went airborne through several trees, plunging over a small cliff. Authorities estimate the drop is 200 feet from the road to the bottom of the ravine with the car falling approximately 125-150 feet before coming to rest against some trees along Butler's Creek.

Two of the three adults who died in the crash were reportedly ejected from the vehicle during the crash, while a third victim died inside the car.

An eight-year-old and a four-year old boy survived the crash and were airlifted to Riley Children's Hospital at Indianapolis.

A dozen agencies from the two counties responded to the scene where they employed ropes and rigging to recover the two children from the wreckage so they could be airlifted to Riley.