John Connelly Stouder, 65, passed away on Thursday, Sept. 27, 2018 at Hickory Creek at Sunset in Greencastle. 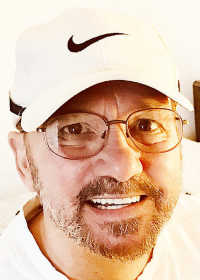 John graduated from Columbus North High School and went on to become a master carpenter in the Indianapolis area. He was very talented with his woodworking craft.

In his spare time, John loved the game of golf.

John was baptized and became a member of Greencastle Christian Church in April 2016 and cherished the friendships that were developed in his short time there.

His parents, John and Janet Stouder, preceded him in death in 2007.

He is survived by a brother, Jeff Stouder, Cloverdale, and two sisters, Janae (Jack) Berry, Greencastle, and Janell (Lee) Ray, Fort Wayne. He also has numerous nieces and nephews.

A private interment will be at Gosport Cemetery at a future date.

Donations can be made to the Greencastle Christian Church Food Pantry, 620 Primrose Lane, in John's memory. He was very grateful for everyone who showed care and concern for him throughout his struggle with illness/cancer.