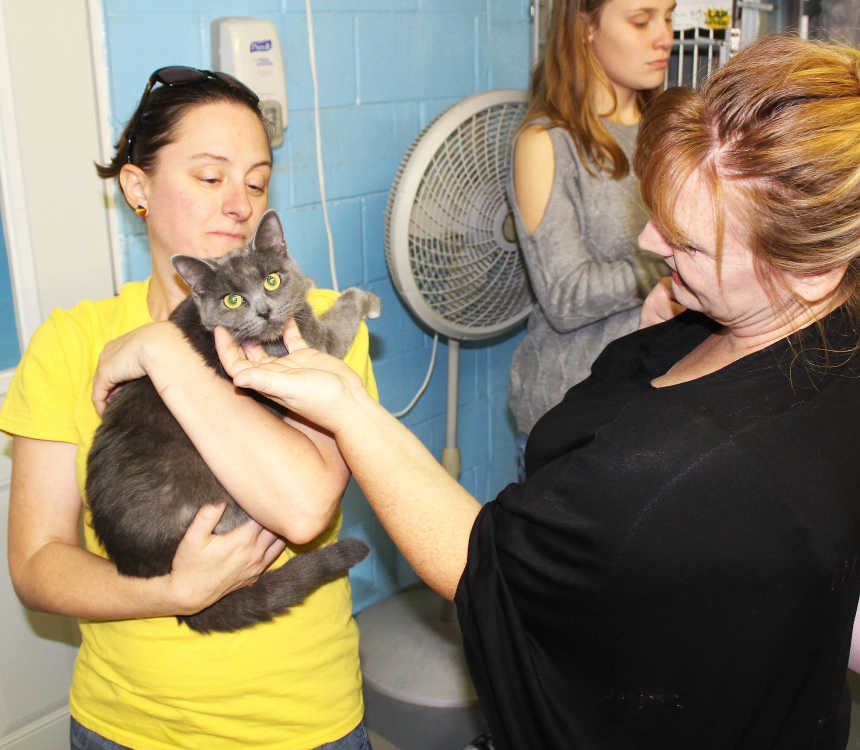 During Saturday’s open house at the Humane Society of Putnam County animal shelter, volunteer Kristina Paige (left) holds onto Madonna, a gray female, so visitor Serena Hillers of Greencastle can get a better look at the feline.
Banner Graphic/Eric Bernsee

Saturday was quite a special day for the Humane Society of Putnam County, even without bounce houses, cupcakes and popcorn, giant Jenga and hotdogs and burgers grilled outdoors on the new covered patio.

For not only did dozens of local cat and dog lovers visit the animal shelter to help commemorate the anniversary of its reopening, but the facility’s longest-staying guest -- a three-year-old Australian Cattle Dog named Sage -- busted out of the joint, getting adopted after more than 13 months.

If barks can be interpreted as smiles, then all her kennel mates were more than thrilled for Sage Saturday afternoon as they loudly let visitors know as they vied for visitors’ attention.

Sage had been around long enough at the shelter off State Road 240 east of Greencastle to see some of the major improvements at the facility that reopened in September 2015 after a partnership with Putnam County government and the Sheriff’s Department. Those groups, along with community volunteers, spent hundreds of hours cleaning and remodeling the animal shelter to make it the well-cared-for facility it is today.

Since that 2015 reopening, outside dog runs with roofs, kennel gates, new cat condos, quarantine kennels and the covered deck have been added or improved.

Sage’s saga came to a happy ending after an Indianapolis woman -- who spotted the brindle-and-white dog on the Humane Society’s website -- adopted the spayed female that had spent the majority of her life tied out in a backyard with little to no human interaction. 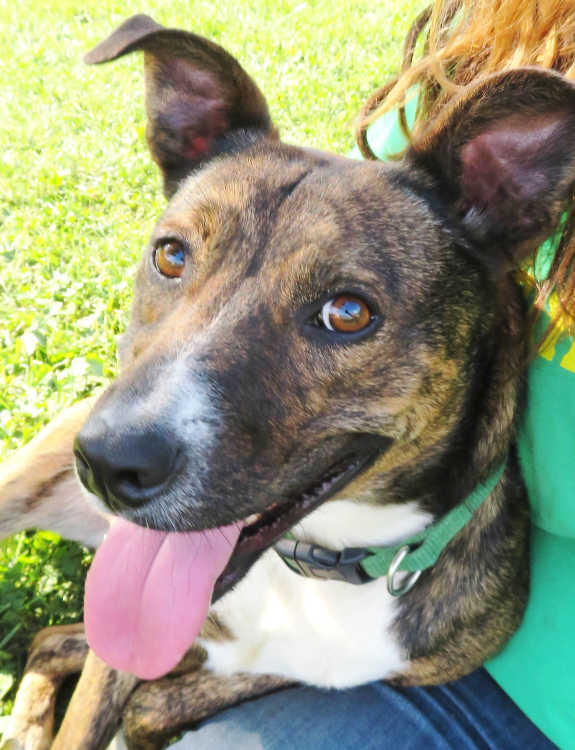 “Sage is local celebrity,” Humane Society of Putnam County (HSPC) staff member Stephanie Hoffa offered. “We had people show up to see her today just because they knew it was her last day.”

In fact, the HSPC staff talked the Indianapolis woman, who had fostered Sage the past month, into not picking up the dog and formally adopting her until Saturday because of the planned anniversary open house.

Within the last week, the shelter has adopted out its three longest-staying residents, Hoffa said, noting that there is no time limit on how long a dog or cat is kept. 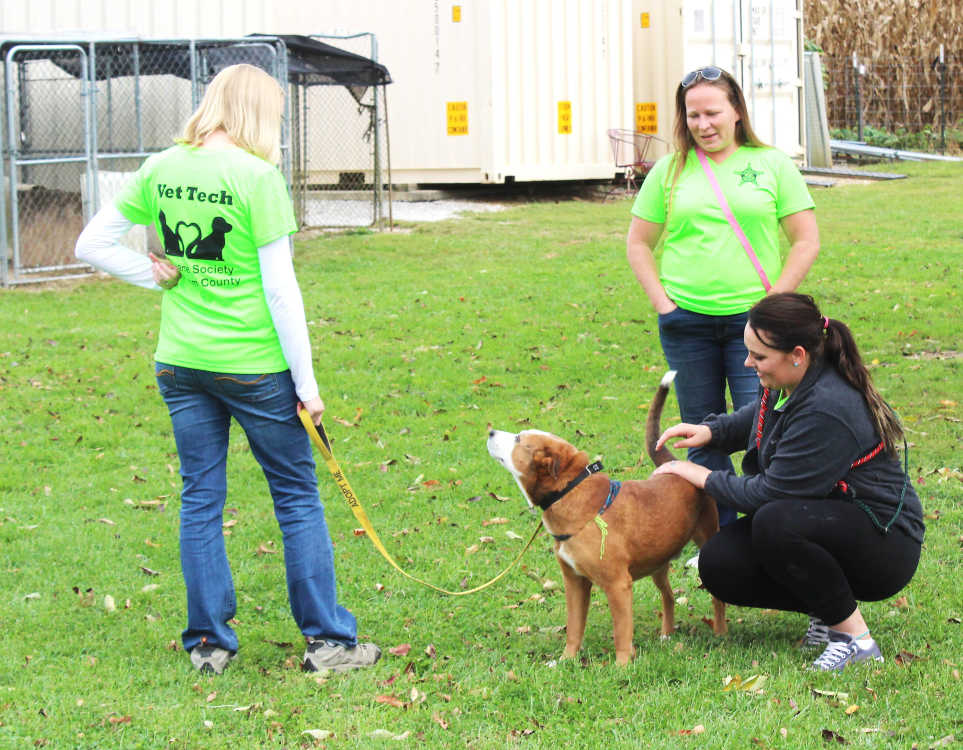 “We don’t euthanize for space reasons,” she added.

At least two other animals were adopted on Saturday.

Hours of operation at the shelter at 4700 E. State Rd 240, Greencastle, are 1-5 p.m. Wednesday through Friday, Saturday from noon to 4 p.m., or by appointment shelter director Sandy Grimes added.