Are you ready for first frost to arrive? 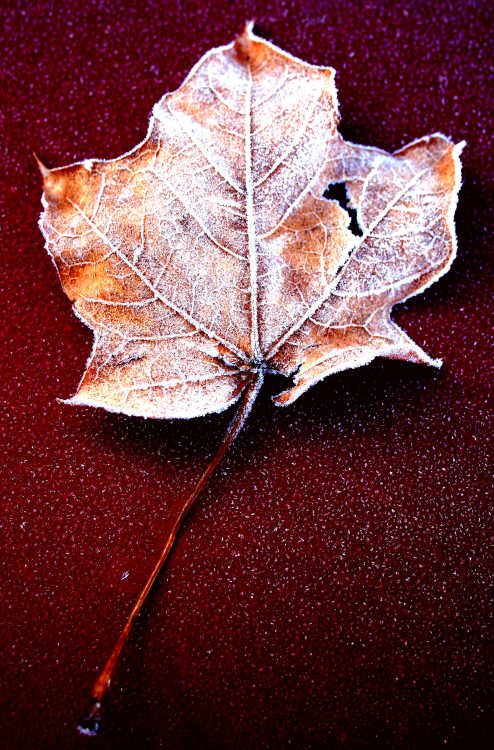 We’ve barely said goodbye to summer, but could our first frost be right around the corner?

The signs of seasonal change abound. The city pool is not only closed, it’s been drained. Sunglasses adorn the discount bins at Kroger and Walmart. And the Dairy Castle has served its last turtle sundae and is closed for the season.

Can Central Indiana’s first frost really be far behind?

As you sip your fall pumpkin spice latte, forget about that old frost-on-the-pumpkin mishmash. Frost isn’t waiting its arrival on jack-o-lanterns or Butterball turkey sales. And generally we can expect our first frost to arrive well before all those zombies and Donald Trump Halloween masks descend upon us.

After all, the National Weather Service (NWS) so coldly reports that temperatures across the Central Indiana typically fall into the 30s during the period between October and early November.

Frost, which often can be quite localized, is variable even across a small area, the Weather Service explains. If you live in a rural or a low-lying area, your first frost could come earlier than other locales. Conversely, if you live in a more urban area, that first frost might arrive later than the suggested dates.

Yet even before the first official frost arrives, a low temperature of 36 degrees or less can bring about patchy frost in low, outlying areas. In Putnam County, the Weather Service says we should be on the lookout for that precursor to winter on or about Oct. 6 -- or Saturday for crying out loud.

The typical first frost -- officially occurring when 32 degrees or lower temperatures are recorded -- arrives on average by Oct. 15 in and around Greencastle.

The earliest the first frost ever recorded in Greencastle, according to NWS records dating back to 1895, was on Sept. 23 in 1995.

Meanwhile, the latest date of the first frost occurring locally came in 1902 on a very Thanksgiving-like Nov. 23.

However, a widespread hard freeze -- typically accompanied by a temperature of 28 degrees or lower -- can be another thing. On average that occurs in Greencastle on Oct. 26, the NWS says.

So, those are the cold, hard facts.

Forgive us if all this chatter about cold air and hard freezes is a bit numbing. There is, however, always that glimmer of hope that the final spring freeze can bring.

And that, the NWS reports, typically occurs on April 26 in the Greencastle area.

The earliest date on which the final spring freeze has ever occurred locally came on March 25, 1898, while the latest date it has happened was May 25 back in 1925.

If all that’s enough to chill you to the bone, here’s an encouraging word: Temperatures are expected to remain in the 80s all week, creating the warmest October week since 1879.