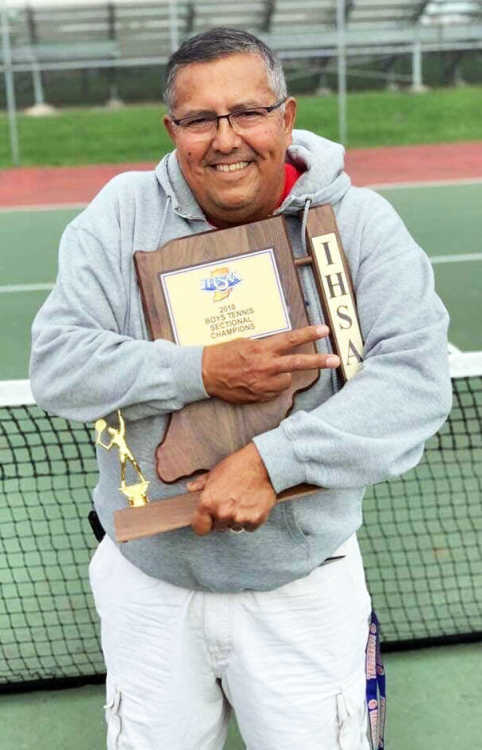 BRAZIL — The only thing better than winning a sectional title is winning another one.

The Eagles will compete in the Crawfordsville Regional today against Parke Heritage.

South coach Johnny Briones predicted before the tourney that his team was going to have to bring its “A” game in order to pull off the title. The Eagles had won every dual match this season, but several of those were down to the wire, 3-2 finishes and repeat victories were not guaranteed.

“We definitely brought our ‘A’ game,” Briones said.

One positive sign for the Eagles was the order of finish in the matches.

No. 3 singles player Garrett Heavin, who usually is the last player left on the court due to his lengthy matches, won in straight sets to be the first off the courts and give his teammates additional confidence.

“He has had some tough matches lately, but pulled it together to get our first win,” Briones noted. “No. 2 singles [Ty VanSickle] won in straight sets as well, and was not going to be denied a win.

“Ty is playing at the top of his game, and his quick hands and feet, along with his excellent decision making, makes him tough to beat.”

The only loss for the Eagles on the day was at No. 2 doubles, but Briones was encouraged by the performance of Trey Long and Brandon Rector.

“They played so much better today,” he said. “They are covering the court better and communicating really well. Despite the loss I am very proud of them.”

The Eagles No. 1 doubles team of Austin Arnold and Tanner Pistelli also picked up a straight sets victory.

“They continue to impress me with their speed and reaction time,” Briones said. “Winning in straight sets and getting us that third win for the sectional championship.”

Thomas Fanning didn’t have to win his match at No. 1 singles, the only one left going after the Eagles had clinched the titles.

“Thomas was looking to put a little icing on the cake,” Briones said. “He took the first set and struggled in the second but rebounded in true Fanning form to finish the third set 6-0.”

Briones is happy with his team’s undefeated season, that also included the Western Indiana Conference title.

“I’m so proud of everyone and the season we are having,” he said. “The varsity and junior varsity have impressed me day in and day out. We are looking forward to playing Parke Heritage and moving on to the next level. 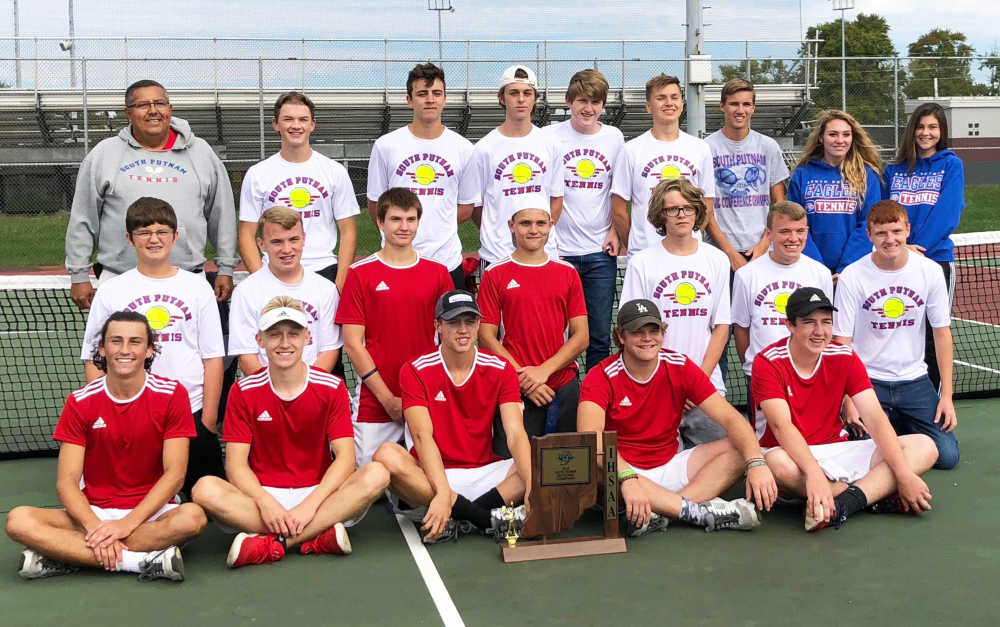