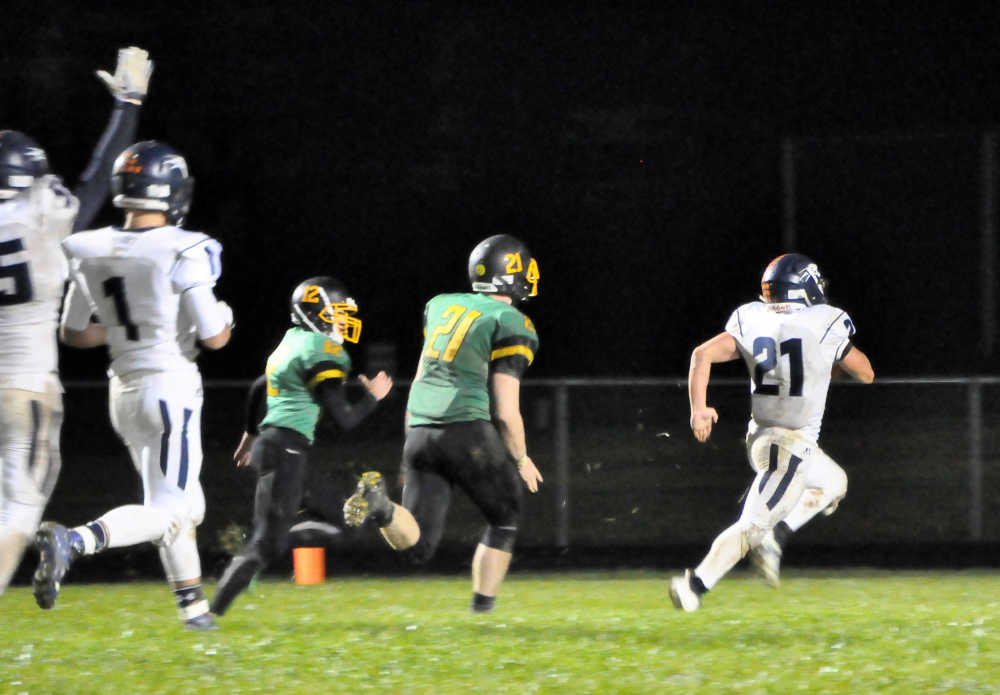 CLOVERDALE—For the third time this season the North Putnam Cougars’ and Cloverdale Clovers’ football teams faced each other but this was the first matchup at Cloverdale. With the Cougars winning 34-0 a week ago, the Clovers made this game much closer, losing only 21-7.

The bad part was that the loss ended their season in the first round of sectionals.

Senior running back Chris Murray, who rushed for more than 100 yards last week, got the Cougars (7-3, 2-3 WIC West) started quickly on what looked like might be another blowout. He ran all four plays on the first Cougar possession before scoring from 27 yards out only a minute into the game.

The Cougars ran the I-formation the whole first quarter and most of the fourth trying to hide as many plays from other teams that might be scouting them and it proved to be successful early on. This was before they threw the ball 14 times in the second quarter. 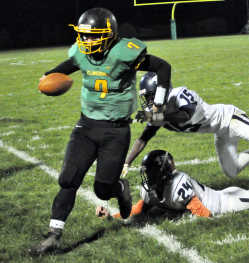 What was a manageable fourth down and inches turned into a fourth down and six after a false start and they could not overcome it. The Clovers had 11 first downs for the game.

Baker’s touchdown was the last sustainable offensive drive for the Cougars in the first half as the next possession got started inside of Clover territory after a fumbled punt and a touchdown was called back because of a holding call.

Cloverdale made things interesting on their its drive of the second half when senior Jake Wilkes scored on a 22-yard run. The extra point cut the deficit to 13-7.

North Putnam turned the ball over on downs on its third possession of the second half, which gave the Clovers another chance to take the lead.

Another missed opportunity happened when Wilkes dropped a long pass that would have put the Clovers deep in the Cougar red zone. That resulted in another turnover on downs.

Baker sealed the game off on the next Cougar possession, scoring from 28 yards out. The Clovers had forced a third down and long, but the Cougars converted it on a big screen pass from Evan Davies to Lucius Alexander.

The Cougars will host Cascade next Friday at 7 p.m. as the Cadets beat Park Tudor 44-7.