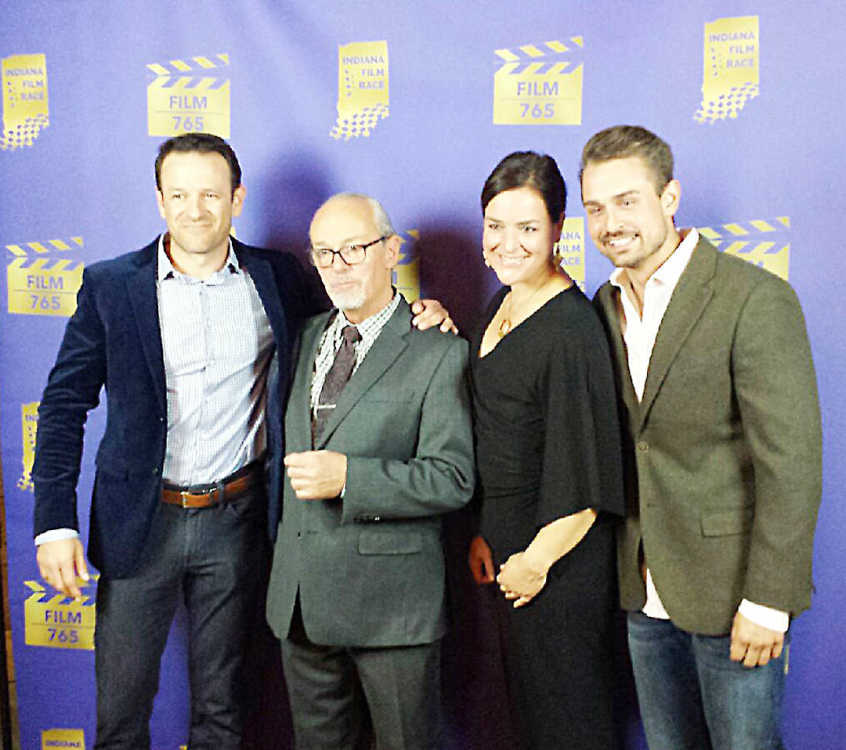 After what was a night full of optimism and excitement for the future, local movie buff Joe Buser has realized a dream that has long been in the making.

He had dreamed to put the spotlight on Putnam County and other local areas in Indiana as destinations for filmmaking. To do it, he came up with a novel concept that would challenge three teams to create a short film using local landmarks.

And they had to do it in five days, and figure out how to adapt and persevere through the competition’s unpredictable challenges. 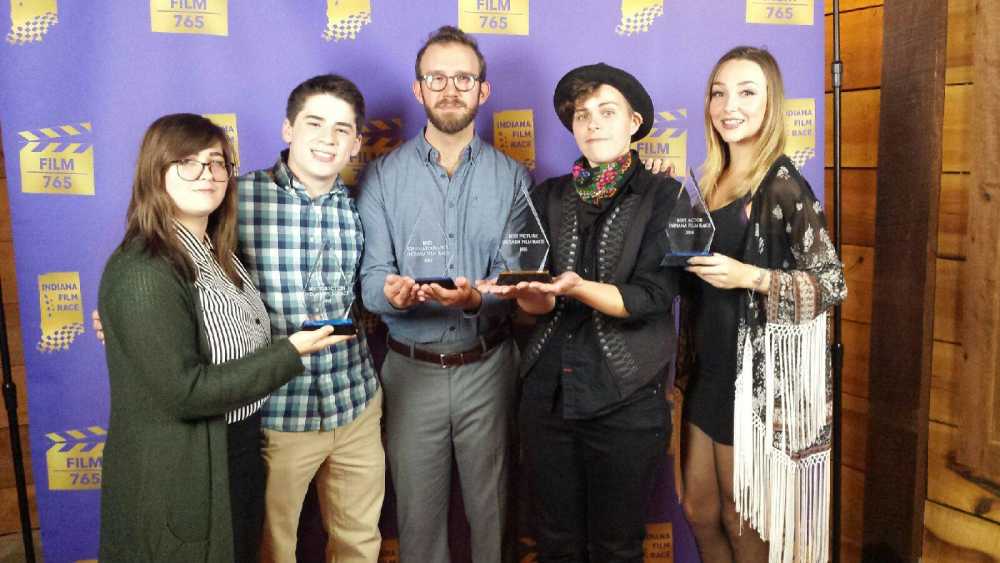 The hard work that these teams put into their projects was celebrated at the closing ceremony for the first Indiana Film Race Sunday evening, which saw about 250 movers and shakers at community and state levels fully engaged with the scope of the competition.

The ceremony saw the premiere of three short films produced by the teams. The Steady & Sage team from Cincinnati presented a fast-paced crime mystery where an Indiana State Police detective investigates a boy’s disappearance. The One County Films team from Bloomington vividly showed the angst between a mother and her daughter as they toured the state.

But it was the third film “Golden Voices” produced by Gold Point Studio that set the bar. Their depiction of a young paranormal investigator who chases the anguished cries of spirits seeking peace was chosen as Best Picture.

That was not the only award earned by the Chicago team. Kalika Rose was chosen as Best Actor, while the award for Best Cinematography was given to producer Grace Pisula. The award for Best Direction went to Gold Point director Layne Marie Williams, who was unable to attend the ceremony.

While the event died down and the rain fell at the 3 Fat Labs Wedding and Event Barn, the team tried to encapsulate the competition and their big night as a few of them coolly smoked.

“We’re really excited, and we’re just happy to be a part of this,” said Pisula. “I’m not quite sure if we have processed yet what has happened. It’s just been an amazing journey.”

One interesting element to the team is that the Indiana Film Race is the first project on which they have all worked together. Despite this, it was obvious that the competition had brought them closer together as filmmakers and friends.

It was their go get ‘em attitude and charisma that defined the team as a whole. When asked what got them through all of the stress racing from location to location, all of them agreed that communication was key.

“We were constantly adapting,” said Rose. “But what came through is that we all were really good at communicating about what needed to be done. We were having fun doing it, too.”

Shooting in Indiana was a kind of respite from the urban bustle of the Windy City. Filming in places like Brown County State Park helped them appreciate Indiana’s untapped resources. “Golden Voices” writer Zack Sievers believed that this brought its own creative freedom.

“The Film Race gave us the power to explore our own ideas and how to shape them,” he said. “Filmmaking in general is about free thought, and the abundance of natural beauty and supportive people we encountered was inspiring to us.”

The Gold Point team knew emphatically that doors had been opened to them because of their work with the Indiana Film Race.

“I’m just mind blown and incredibly proud of what we have accomplished,” said Melissa Schlesinger, who is known by team members as “Bandit.”

“A whole world of unknowing has been cracked open for us as people trying to make it. We now have visibility because of the Film Race, and we can reach people in ways we couldn’t before.”

In the same vein, the efforts of the behind-the-scenes (BTS) crew are already looking toward the future to promote the Indiana Film Race and help Buser’s concept become even greater. Through necessity, much of this has become about the business needed to support it.

Producers T.J. Karam and Landon Smith, actors and visionaries in their own right, related that the competition has too much going for it not to grow in scale or in its financial capability.

“We did it by the skin of our teeth budget wise,” said Karam. “That is why we need to be looking forward to get sponsorships and getting this footage out there for people to see what we’re doing.”

The footage captured by the BTS crew following the teams during the Film Race is being compiled into an episodic format, which will be pitched to entertainment venues like Netflix and HBO. All of the editing process will be given to Arthur Stefani, a Brazilian film student who was recruited for the task.

To put it simply, the Indiana Film Race has now become a continuous project. The next season is already in the works, and negotiations with vistors bureaus and potential sponsors are being pursued.

That there will be another competition, to both Karam and Smith, is proof that the idea can not just be made to work, but that it has more potential than few realized.

“It’s not going to end,” Smith said. “We now have a proof of concept, which validates the work we will put into the Film Race and promoting film in Indiana. And it’s a credit to Joe’s vision, because he made it possible.”

To say that the visionary executive producer of Roachdale’s FILM 765 was on Cloud Nine after the closing ceremony is perhaps an understatement.

“It was beautiful,” Buser said. “I had no idea that they could pull it off, but they did it. This is the biggest night of my life.”

“Everyone meshes together because we have this one vision,” Karam added. “The team works like I’ve never seen a film team work before.”

For the past year, the Indiana Film Race has been a labor of love for Buser and all involved. Because of his vision, his dogged commitment to the project has not, and should not, go unnoticed.

“He had to take time away from work and other things that are important,” Smith related. “Joe has put everything on the line for the Film Race, and it has paid off. You saw it here tonight.”

Though they understand its economic and cultural potential, the aim of the Indiana Film Race is still to fulfill the project’s mission on the local level.

“We’re bringing it here where it counts and to promote filmmaking in Indiana,” Smith concluded. “The land and the community is why we’re doing what we do.”