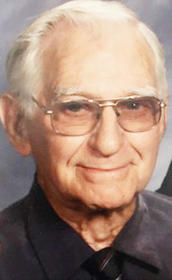 After graduating high school he proudly served in the United States Air Force.

He was the owner and operator of Cook's Trash Service for 18 years in Ladoga.

He was a member of Whitesville Christian Church.

He was preceded in death by his parents, first wife and brother, Jim Cook.

There will be a graveside service for Clifford at a later date.

You are invited to visit www.serviesmorgan.com where you can leave an online condolence for the family.