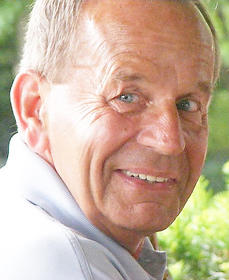 Tom proudly served our country in the U.S. Air Force during the Vietnam War.

He was an avid golfer, and was ranked 10th in the world as a pool player in his division.

In addition to his parents, he was preceded in death by his first wife, Bonnie Zellers, brother Terry Zellers, sister Jan Sworden and step-granddaughter Kamryn Faith Marroquin.

Visitation will be held from 2-4 p.m. and 6-8 p.m. on Thursday, Dec. 13 at Schaffer Funeral Home in Defiance, and for one hour prior to the service on Friday.

Funeral services will be held at 11 a.m. Friday, Dec. 14 at Schaffer Funeral Home, Defiance, with Fr. John Stites officiating. Burial will follow the service at Riverside Cemetery, with military rites accorded by VFW 3360.

Memorials are suggested to the ALS Association or CHP Defiance Area Hospice Center.

Online condolences can be given at www.Schafferfh.com.