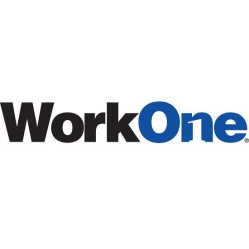 Nearly one third of the employees dislocated by the closure of Dixie Chopper took the opportunity to connect with area employers Thursday.

With 25 employers in attendance, 35 former Dixie Chopper employees took advantage of the job fair organized by WorkOne Western Indiana at the Inn at DePauw.

“We had a pretty good turnout,” WorkOne Business Consultant Brad Trusler told the Banner Graphic. “I know that of the group that came in today, the employers were talking about what good skills they had. I think it was a success for the employers.”

The turnout also does not reflect how many of the other 72 displaced employees have found jobs since the sudden announcement of the closure on Nov. 27.

“I’m sure some have already found jobs,” Trusler said. “This group has a lot of experience employers in this area are looking for. They are in demand.”

The high demand for the manufacturing experience the former Fillmore-based company gave its employees was reflected in the 25 employers from Putnam, Clay, Vigo and Montgomery counties taking part in the event.

“The employer turnout was great,” Trusler said. We had employers from a lot of areas with a lot of different backgrounds.”

In fact, once word began to spread that Jacobsen, a Textron Inc. company, was shuttering the Fillmore plant, businesses were reaching out to WorkOne to inquire about a job fair.

“The employers reached out to us,” Trusler said. “Once they heard about (the Dixie Chopper closure), they called us wanting to know if we were going to do something like this.”

Trusler also emphasized that although the job fair is over, WorkOne still have services to offer the former Dixie Chopper employees.

“Even if they weren’t able to attend today, they should still come in to their WorkOne office,” He said. “There’s still all kinds of things we can offer in terms of employment assistance and retraining assistance.”

With various WorkOne offices throughout Western Indiana, Trusler is unsure how many Dixie Chopper employees have registered.

“We’ve had quite a few come in the Putnam office, but we have other offices,” Trusler said. “I know we’ve seen an increase.”

He emphasized again that WorkOne will continue to work with the unemployed workers.

“This is not the end of the line,” Trusler said.

In more than a month, Textron officials have made no official statements about the closure nor announced their plans, if they have any, for the future of the Dixie Chopper brand.

Headquartered in Fillmore from 1980 until the sale to Jacobsen/Textron in 2014, every single Dixie Chopper ever manufactured and assembled was made right at home in Putnam County.