Beau Baird reflects on his first couple weeks at Statehouse 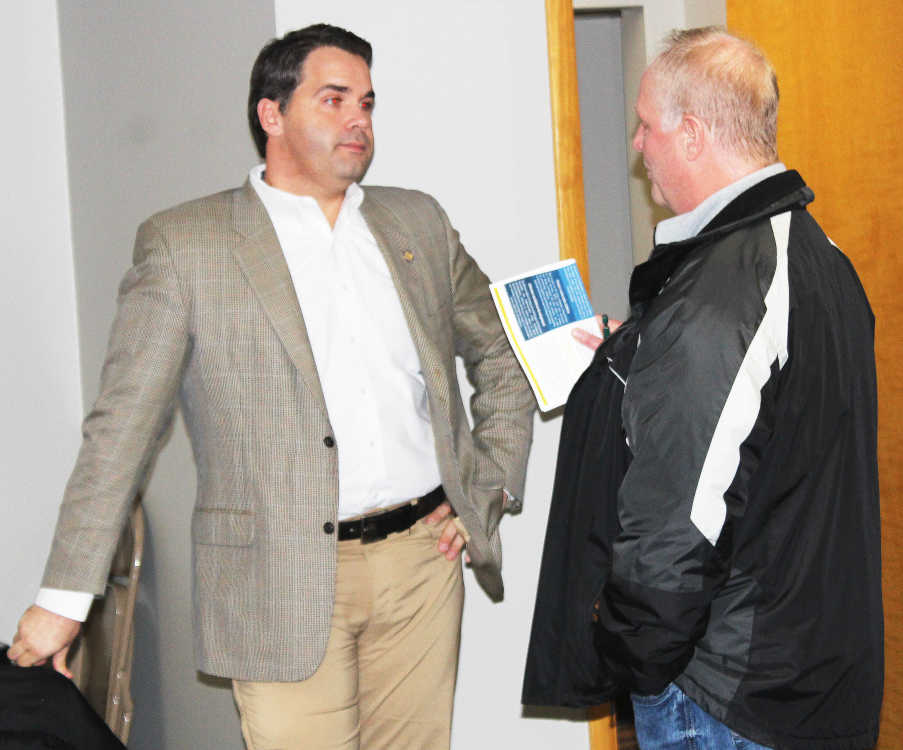 After listening and observing what his father Jim experienced over eight years in office, representing Indiana House District 44, freshman Rep. Beau Baird shouldn’t be too surprised by anything the state legislature throws at him.

But two things “kind of shocked me,” Baird said Saturday during opening comments at the first of three 2019 Legislative Update programs sponsored by the Putnam County Farm Bureau.

Perhaps most surprising has been the unexpected spirit of cooperation he’s encountered in the Statehouse thus far.

“I’ve really been thrilled to see how much bipartisan work is going on,” Baird said, noting that five bills had already cleared the House by Friday, all of them with nearly unanimous support.

Baird said it’s easy to “sit home and see the news and think everything is so partisan,” what with the contentious nature of some current issues and how they are reported.

“It’s refreshing for me, as a freshman, to see otherwise,” Baird told the audience of 15, kept down by dire winter weather predictions.

Another thing that has shocked the rookie legislator, a Greencastle Republican, was the short amount of time he had between being elected and filing draft bills for the 2019 session. Legislators had 60 days -- a period compounded by three holidays, Thanksgiving, Christmas and New Year’s -- to draft bills for presentation.

Still, he’s managed to file several, although Baird admits they mostly have come off the campaign trail.

Baird-sponsored bills House Bill 1491, the Clean water Indiana program; House Bill 1942, on noxious weed control; and House Bill 1570, for prescription price control, have all been introduced in the House.

Baird said HB 1570 puts the responsibility on the pharmacy instead of the consumer to know when there’s a discounted price on drugs or devices.

The Greencastle Republican has also drafted a video table gaming bill, although it’s not been assigned a number yet. The bill restricts the scope of video gaming tables to private clubs like the American Legion and VFW, and allows those entities to reinvest some of the resulting money earned into facilities upgrades, like roof repairs.

Rep. Baird also pointed out the 2019 Legislative priorities of the House Republicans, passing out information listing the top five as:

-- Increasing protections for our youth by funding and reforming the Department of Child Services, promoting school safety and reducing the infant mortality rate.

-- Strengthening our commitment to students and teachers by providing more dollars to teachers and attracting and retaining Hoosier teachers.

-- Aligning and promoting workforce initiatives by achieving shared goals with education and encouraging work-based learning between schools and employers.

Meanwhile, District 37 State Sen. Rodric Bray (R-Martinsville) shared some information about his new role in this session of the Indiana General Assembly, serving as president pro tem of the Senate. He detailed his new duties during his time Saturday morning.

“I don’t really file any bills, where I’m used to usually filing 10 to 12 (per session),” he added. “The reason is because of the other responsibilities I have.

“I don’t sit on committees where they debate and vet those bills either,” the state senator said.

“I do kind of miss the opportunity to get my hands in there.”