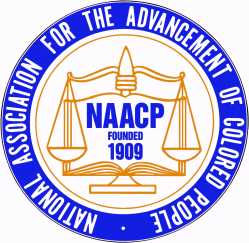 After several years of inactivity, the local chapter of the NAACP may soon be reorganized and active again.

There will be an informational meeting from 5-6 p.m. on Saturday to discuss restarting the Greencastle chapter. The meeting will take place at Gobin Memorial United Methodist Church in the Colonnade room.

An attorney from Gary, Bolling-Williams is also a member of the NAACP National Board of Directors.

Harvey said he wants to provide a stronger platform to ensure that conversations about equality and racial and social justice are happening.

“There have been several incidents over the past year or so that I believe highlighted a need for leadership in tackling some of the issues of race and equality locally, statewide and nationally,” Harvey said. “The NAACP has the resources and platform.”

Harvey said he has seen examples from around the nation of why not only does race need to be discussed, “but issues regarding sexuality, politics and religion” in the hope they never turn into local tragedies.

“We’re watching events like Charlottesville, the Pulse night club and the shooting of a synagogue in Pittsburgh play out right before our eyes and sit back as it becomes political banter,” Harvey said. “My hope is that at least here in Greencastle and Putnam County that we can find ways to have some of those tough conversations and understand each other in hopes that we never have to face those type of tragedies here.”

As such, Harvey stressed that involvement in the NAACP is not limited by race or any other demographic.

“It’s easy for people to look at NAACP and say, ‘OK, that’s for them’ or ‘That’s for this group.’ That’s not the case,” Harvey said. “It’s a community thing. We hope to have everybody involved of all races, ethnicities and religions.

“That’s the only way for anything like this to work, is you want to have a high degree of diversity.”

The local chapter of the NAACP has been inactive for several years, but Harvey said he has spoken to several former members, who voiced their excitement and support for restarting the chapter.

“I plan on taking time to sit down with some former members to understand the history of the organization here in our community and hopefully gain better insight as we rebuild,” Harvey said.

The meeting is open to the public and all are welcome. Children and teens are welcome to join with parental permission.