Though it heads into 2019 with a surplus and a healthily balanced budget, the Putnam County Public Library Board of Trustees is also confronting two critical issues that have affected services to the library’s patrons.

During his monthly report Wednesday evening, PCPL Director Brian Briscoe shared that temporary repairs made in the library’s elevator are still being scrutinized. A lack of communication from the vendor servicing the elevator seems to be an issue that has added further frustration for him and library staff.

Briscoe related that the elevator was closed on Sept. 14 of last year after it failed a state inspection. This was due to water pooling at the bottom of the elevator pit after a sump pump had failed and caused a leak. Though the elevator went back into service soon after, Briscoe has related that a persistent issue with groundwater would have to be looked at. 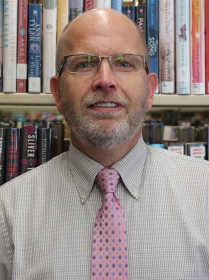 However, a continuing dispute with Kone, the company that installed the elevator, has become the wider issue. To the concern of board members, Briscoe said he had tried to keep in contact with Kone since September to make further repairs. Additionally, the library has received bills for the initial fixes, which stood as being past due.

Briscoe said he had disputed the billing through e-mails to Kone, outlining the issue’s developments, but that the company had not responded to them with any kind of input. Briscoe also made the point that the library currently has a service contract with Kone, but said he had been considering a termination of the contract, citing a lack of performance.

Board members were united on the condition that the library had to meet its obligations in the contract and resolve the issue as soon as possible for its patrons. On the other side, they recognized that, considering the lack of communication, the severance could proceed with counsel after the contract was located.

Briscoe told the Banner Graphic Thursday morning that Kone had just recently called and assured him it would send personnel to clean the pit. However, the billing disagreement still has to be sorted out.

“The bottom line is that I have tried to contact them and they have not been responsive,” Briscoe said. “We will have to be looking into whether we renew our contract with Kone or if we go with another company.”

At the end of his report, Briscoe said that though the elevator is operational, it is scheduled to be inspected later in September. Both he and PCPL Board President Alan Zerkel, who also contacted the Banner Graphic Thursday, understand that the elevator could be shut down again if it is not thoroughly cleaned. Zerkel also said he and the board would look into other aspects of the dispute which may have affected the communication.

“We’re going to push to see if there is any kind of conflict, and we’re going to look at the contract and consider our options,” Zerkel said.

Briscoe also addressed a recent malfunction of the library’s server, which began with its Polaris integrated system, which catalogs the library’s content and makes it available online. Briscoe said Polaris first exhibited difficulties on Dec. 26, after which the service deteriorated until the server went completely down on Jan. 3.

Briscoe said that Telimagine came to survey the issue on Jan 4. According to him, the company had not visited the library in five years and could not troubleshoot the problem, with Telimagine taking the server to be rebuilt. The library’s systems were down for a week before they were restored on Jan. 11.

Briscoe related that small inconsistencies with the Polaris system, as well as an issue with the site’s SSL certificate, had cropped up before the major shutdown occurred. Given the compendium of these mishaps, Briscoe said valuable lessons had been learned on the technical, as well as informational side of things.

“The biggest lesson is that we shouldn’t ignore the small problems before they turn into big ones,” Briscoe said earnestly. “This also tells me that Telimagine needs to be informed on updates and changes regularly so they know what they can do.”

Though he said that small problems are still extant, Briscoe provided that the library’s systems are functional and will be further scrutinized in the future.

In its new business, the Library Board approved the following new hires:

The board also renewed the term of Treasurer Lisa Barker for the next year, as well as approved for Hammer and Swigart to continue PCPL’s accounting.

Board members also approved the sale of alcoholic beverages during First Friday events, an Irish event in March and an upcoming event featuring local artist Stuart Fabe and cellist Eric Edberg on Feb. 1.

Briscoe also said the library now has an account on Instagram where patrons can regularly see what is going on at PCPL.

The next regular meeting of the Putnam County Public Library Board of Trustees is scheduled for 6 p.m. Wednesday, Feb. 27 in the Kiwanis Room.