CLOVERDALE - Indiana State Police initiated a criminal investigation on Dec. 13, 2018, after receiving information that a female, under the age of 14, had been molested. 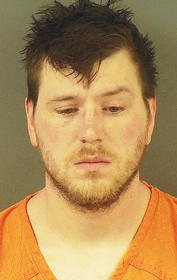 The investigation revealed that Jonathan R. Maw, 31, of Cloverdale, allegedly molested a female juvenile for approximately two years and had shown her pornography on his computer.

After reviewing the investigation, the Putnam County Prosecutor's Office issued an arrest warrant. Maw was arrested, in the afternoon hours and without incident, on Friday, March 22 by the Cloverdale Police Department during a traffic stop.

Maw, who is expected to make his initial appearance in court Wednesday in Putnam Superior Court, is currently being held in the Putnam County Jail without bond.