Continued road construction and a temporary change of direction are coming for Greencastle traffic patterns, City Hall has announced.

"The city would like to thank the community for its support of the Indianapolis Road project," Mayor Bill Dory stressed. "We greatly appreciate everyone's patience with the start of the utility work and the upcoming road work." 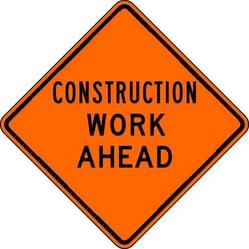 Currently, Vectren and Duke Energy are nearing completion of work to relocate their utilities. Once Duke is finished, there will be some additional work for the relocation of several telecommunications lines. Duke is expected to complete its work by the end of April.

The general contractor for the $1,161,773 road construction project, Feutz Contractors Inc., Paris, Ill., has indicated it will be setting up the one-way traffic pattern during the week of April 29.

Citizens are encouraged to use Washington Street, Shadowlawn Avenue, Albin Pond Road and State Road 240 as alternate routes to avoid the construction area.

Access to homes and businesses will be maintained by the contractor. Residents should note:

-- Headley Hardware will be accessible from Indianapolis Road via the intersection with Percy Julian Drive.

-- Access to McDonald's can be made from its entrance on Percy Julian Drive.

-- Access to Verizon Wireless can be obtained from its driveway on Fawn View Lane.

It will be best to access Kroger and the businesses in the Kroger Plaza from the traffic light at the entrance to Kroger.

Kroger Plaza businesses include Rent-a-Center, Boatright Dental, Edward Jones, Manpower, API Family Walk in Clinic and Ivy Nails. Family Video and Jimmy John's can also be accessed via this traffic light. Kork and Keg Liquors can be accessed from its entrance on Washington Street.

The contractor is working toward having the work substantially complete by July 31. Hopefully the weather during this construction period will allow work to proceed as planned.

Once complete, Indianapolis Road will feature a three-lane section with a full-length center turn lane and sidewalks on each side of the street. Storm drainage improvements are also part of the project.

"We recognize that road construction can cause delays and inconvenience to both our residents and visitors," Mayor Dory said. "However, this project will have a 25- to 50-year life as a significant improvement to the city.

"Again, we greatly appreciate your patience during the construction of these much needed improvements," he added.