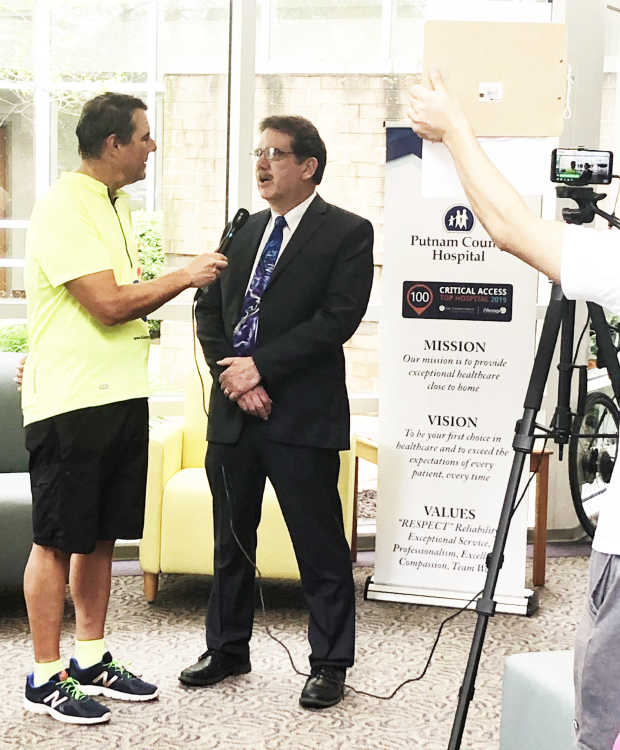 On Thursday, May 9 Bob Hood made his stop in Greencastle at Putnam County Hospital as part of his 3 Country Ride.

The 3 Country Ride is a charity event that is riding from Tijuana, Mexico, across 15 U.S. states, and ends in St. Stephens, Canada, to benefit the Breast Cancer Research Foundation (BCRF).

Greencastle Mayor Bill Dory, along with Bob Hood and his crew, stopped by Putnam County Hospital for Hood’s daily live video and interview.

Mayor Dory provided information on the City of Greencastle and helped welcome the group.

”We are very lucky to have PCH as part of our community,” Dory said. “They have an excellent Cancer Center and were recently named in the Top 100 critical access hospitals in the nation.”

The adventure for Hood and his group started March 20 in Tijuana and will come to a close on June 10 in St. Stephens (eastern Canada). He said he is riding for his mother-in-law, a two-time cancer survivor, as well as a family friend, who is also a cancer survivor.