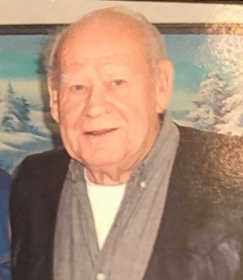 He worked for the Conrail railroad, retiring in 1998. He was a member of the Eagles Lodge, the Moose Lodge and American Legion, all of Greencastle. Robert was an avid farmer and wood cutter.

He was preceded in death by his wife, Jane; his parents; his daughter Sandra; his son Allen; brothers Doyle and Roger; sisters Carol G. Smith and Joanna Gasnell; his son-in-law Steve; and grandchildren Alesia, Jordan, Summer and Tylar.

The funeral service will be at 2 p.m. on Tuesday, June 18 at Servies & Morgan Funeral Home, 102 E. Washington St., Roachdale. Pastor Keith MacIntier will be officiating.

Friends may call from 12 p.m. until the time of the service that same day, also at the funeral home.

Burial will be in Blakesburg Cemetery immediately following the service.

You are invited to visit www.serviesmorgan.com where you can leave an online condolence for the family.