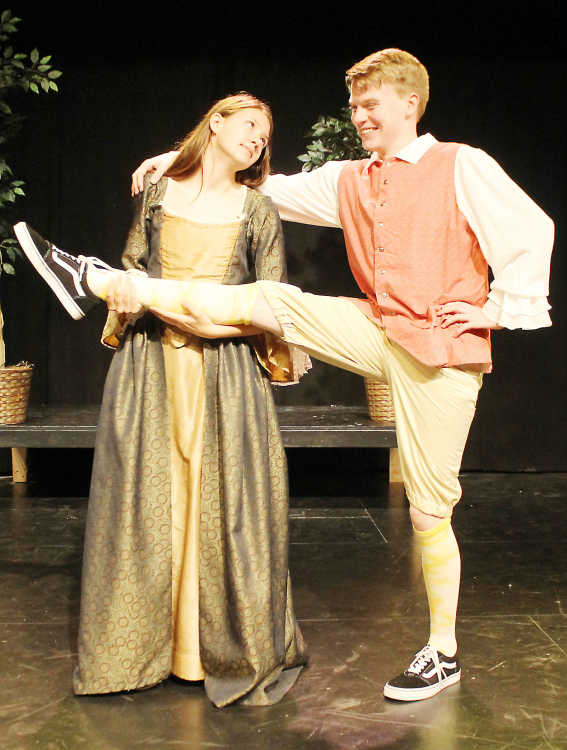 Among the actors in Saturday’s high school rendition of “Twelfth Night” will be Ellie Henry and Craig Robinson.
Banner Graphic/Jared Jernagan

The 2019 SHAKESPEARED! workshop will present two versions of William Shakespeare’s “Twelfth Night, or What You Will” at 7 p.m. Saturday at the Hazel Day Longden Theatre.

Tickets are $3 for those 12 years of age and up and admission is free for those under 12.

The production is sponsored by Shuee’s Great Buys Plus.

The middle school group will present a traditional version of the play. It is being directed by Tim Good with assistance from Eleanor Howard.

The high school group will present a Caribbean-inspired version directed by Caroline Good and Bethany Bax.

Costumes are by Caroline Good and Christopher Douglas, who will also run the sound board. Light operator is Fiona Good.