Wagler to step in as NPHS assistant principal 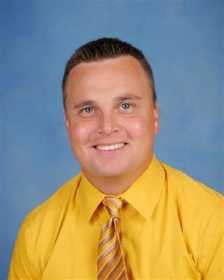 BAINBRIDGE -- Following the departure of a well-respected school administrator, North Putnam Schools is welcoming a new educator into its ranks.

Through its routine approval of personnel during its regular meeting Thursday evening, the North Putnam School Board enthusiastically approved hiring Brandon Wagler as assistant principal at North Putnam High School.

“I love the small-town community feel,” Wagler said to the Banner Graphic before the meeting began. “I’m excited to be part of a school corporation that has high goals in academics and extra-curriculars.

Wagler has taught social studies at Avon Community Schools for the past 15 years. He has also coached seventh-grade football, wrestling, and basketball at Avon Middle School South, as well as baseball at Avon High School. Wagler has also served as a sponsor of the Avon School and Community Ambassador Program (ASCAP), a group comprised of Avon juniors and seniors who engage in service to the school and community.