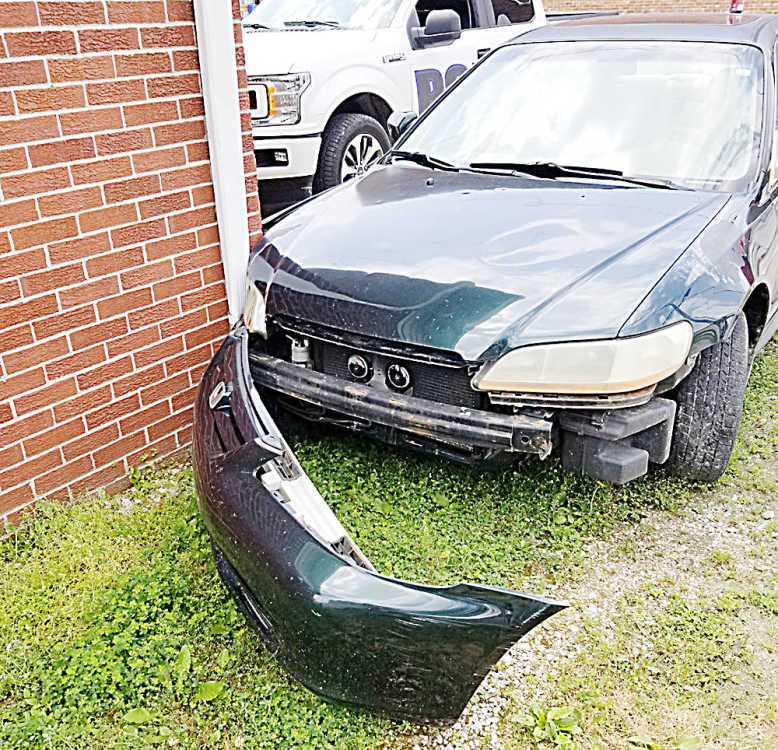 • At 3:16 p.m. on Wednesday, Jeramiah Reed, 32, Cloverdale, was ticketed by Officer Nick Eastham.

Stopped on Veterans Memorial Highway, Reed was cited for driving without financial responsibility.

• At 12:50 p.m. on Wednesday, Christopher Pingleton, 30, Greencastle, was ticketed by Capt. Chris Jones.

Stopped on North Indiana Street, Pingleton was cited for driving with expired plates and driving with a suspended license with a prior conviction.

Stopped on Durham Street, Starr was cited for driving with a suspended license.

The truck ran off the north side of the road and entered the ditch, hitting three mailboxes.

Davis told Marshal Ronnie Campbell he accidentally hit the gas instead of the brake. This caused the vehicle to drive over the parking barrier and hit the corner of the building.

Campbell reported no visible damage to the outside of the building. The car was driven from the scene.

Individuals listed in the blotter have been arrested on probable cause and have not been formally charged. Charging information may change after an initial arrest.

Questions about listed charging information should be directed to the arresting agency.