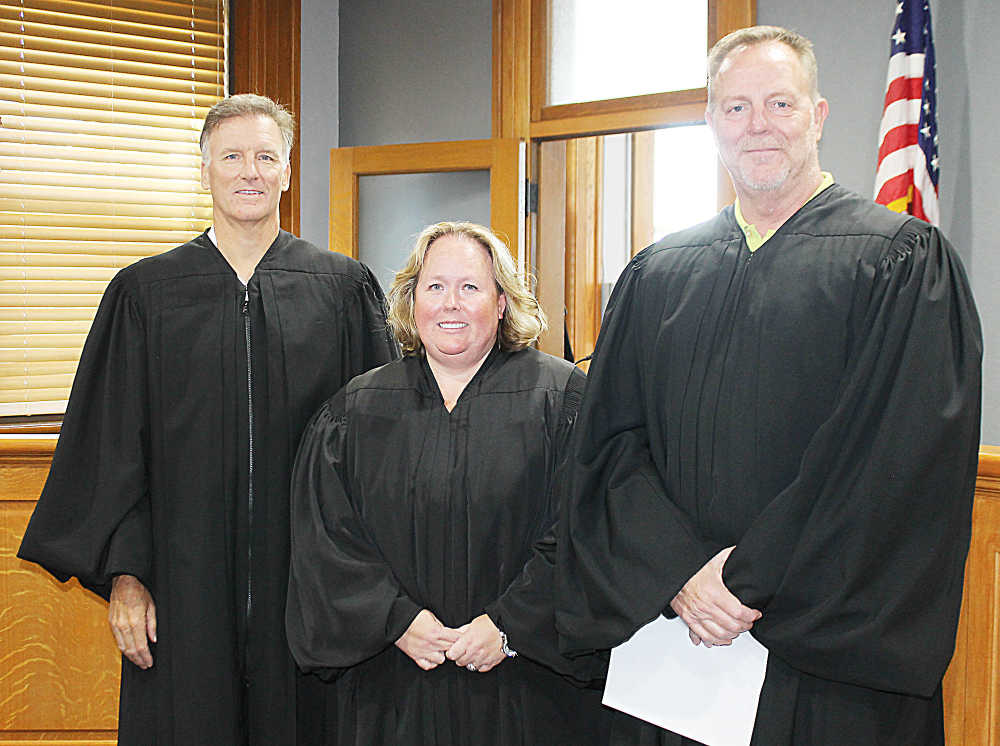 Nearly two years after Putnam County’s two judges introduced the idea publicly, they will be joined by a third judicial officer in the county starting on Monday.

On Friday, the veteran local attorney took the oath of office from Bridges, allowing her to officially begin hearing cases as of her July 1 start date. 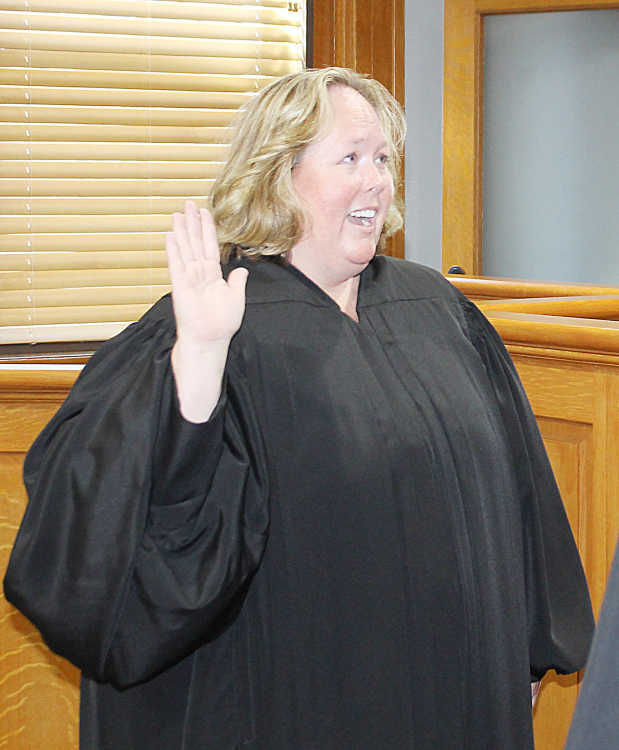 While the Putnam Circuit Court and Putnam Superior Court positions are publicly elected, the new position is actually appointed by the other two judges.

Headley and Bridges announced their selection of Jackman several months ago, giving her time to make preparations for the new post, which actually included closing her Greencastle practice.

“I closed my practice and now that I’ve taken the oath, I can no longer be a practicing attorney,” Jackman said.

Based on recent history in Putnam County, though, she won’t be lacking for things to do. When the judges initially made their request to county and state officials for the addition of a judicial officer, they cited the “weighted case load” metric that showed Putnam County had a combined load around 3.0 for several years.

The recommended load for each judicial officer is 1.0.

The move to the bench is something that has perhaps been brewing for Jackman for several years, though it was not something she would have expected years ago.

“When I was sworn in as an attorney 18 years ago, if you had asked, I would have thought, ‘I’ll never take this oath,’” Jackman said.

However, when she began serving as a judge pro tempore, temporarily filling in for Headley and Bridges to oversee routine hearings.

“It was never something I thought I’d do but when I started pro temming for the judges, it was something I could see myself doing more of,” Jackman said.

Having mainly practiced criminal defense and family law over the years, Jackman knows she will be hearing all kinds of cases and approaching them from a different angle.

“I’ll be taking it from a way different aspect of the law,” Jackman said. “I’ve practiced for 18 years so I’ll see a very different side of things.”

A South Putnam High School and DePauw University graduate who now resides in Plainfield with her husband and children, Jackman calls herself “a native who came home,” as she has practiced law in Greencastle for a number of years.

Being sworn in on June 28 carried extra meaning for Jackman, as Friday was also her 13th wedding anniversary.

Besides the selection of Jackman as the new magistrate, the expansion of the third courtroom on the third floor of the Putnam County Courthouse has been quite the undertaking for various county officials and employees.

It required the move of the juvenile probation department from its old third-floor location, as well as the domino-effect move of other county departments.

Finally, the expansion of the third courtroom from a small room with some tables and chairs into the proper courtroom that it is now took a lot of effort on the part of county custodians.

“We are very, very proud of our county council, commissioners and the folks who put this together, which is Brian Smith, Tom Gilson and their folks,” Headley said.