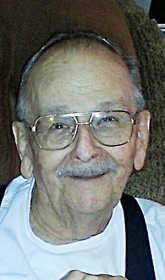 He was a graduate of Danville High School.

Mr. Smith Served proudly in the United States Army for 20 years. He retired as a staff sergeant in 1968. He served 14-1/2 years of overseas duty in Japan, Korea, Panama and Germany.

After retiring from the Army, Lawrence worked 23 more years with Greencastle Community Schools, until his retirement in 1993. He was a member of Hanna Street Baptist Church, where he served many years as a trustee, the American Legion Post #58 and was a member-at-Large in the VFW.

He was preceded in death by his parents; three brothers, Clifford Smith, William Smith and James R. Smith; and a sister, Alice Scott.