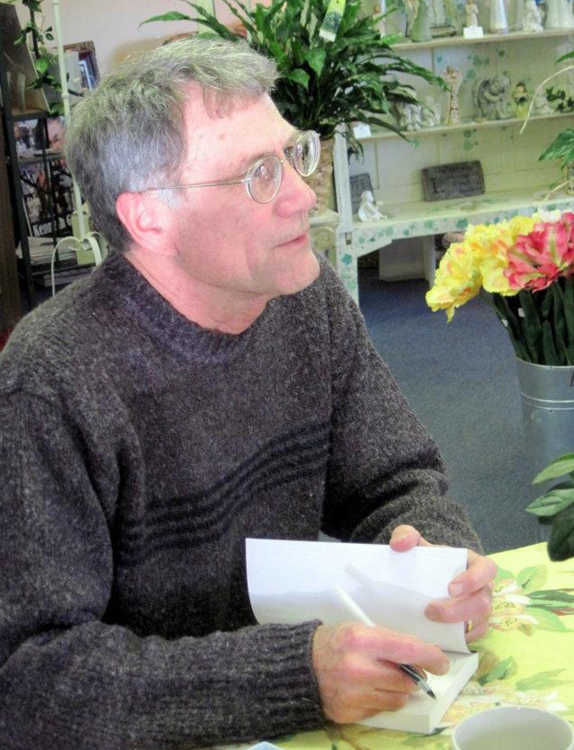 The Putnam County Public Library is excited to announce its latest Author Talk on July 17 from 6:30-7:30 p.m. with prolific author John Riggs.

He will present the talk, “So You Want to be a Writer” which will be open to the public. After the presentation, Riggs will be available for a question-and-answer session and for signing books.

John Riggs is the son of Samuel H. Riggs and Lucille Ruff Riggs and the brother of C. A. Riggs, Prescott, Ariz. John was born Feb. 27, 1945 in Beech Grove, and in 1949 he and his family moved to Mulberry, where they owned and operated Riggs Dairy Bar for a number of years.

Riggs attended Mulberry Schools and graduated from Clinton Prairie High School in 1963. He credits his teachers at Mulberry and Clinton Prairie for their direction and inspiration, and for grounding him in the fundamentals of thought and action so necessary for meeting the challenges of life.

Riggs then entered Indiana University in Bloomington, where he was a member of Lambda Chi Alpha and rode in the Little 500. While there he earned a bachelor’s of science in social studies and a Master of Arts in creative writing. He later attended the University of Michigan to study conservation and environmental communications.

Riggs has lived in Putnam County since 1971, and currently has a small farm southeast of Greencastle. While in Putnam County, he has worked as an English teacher, football coach, quality control foreman, carpenter and a wood splitter. From 1979 to 1998, Riggs assisted James Gammon of DePauw University with his landmark research on the Wabash River. He recently retired from the DePauw University archives, but continues to mix chemicals for Co-Alliance in Bainbridge.

Riggs is the author of 18 published books in the Garth Ryland mystery series and the 2001 Bicentennial History bulletins for the Indiana United Methodist Church. He has also written “River Rat,” a coming-of-age novel; “Of Boys and Butterflies,” his ongoing memoirs; and numerous essays. “Me, Darst, and Alley Oop,” a travel odyssey and his first extended work of nonfiction, was published in 2016.