Alspaugh honored for years of service at Putnamville 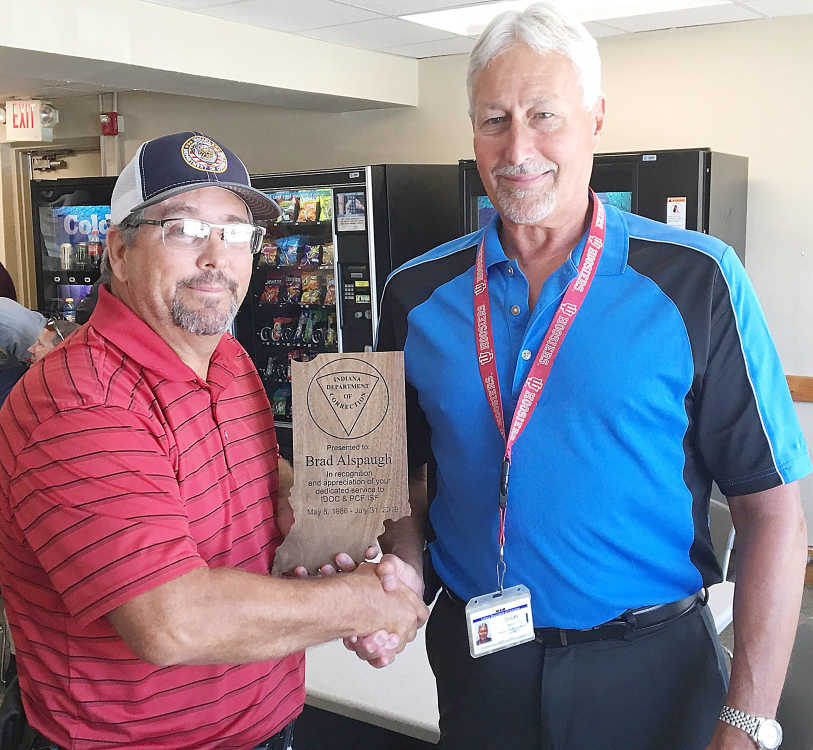 The Putnamville Correctional Facility recently honored caseworker Donald Alspaugh, who has spent 33 years with the Indiana Department of Corrections (IDOC).

Alspaugh started his career as an officer with the IDOC at the Putnamville Correctional Facility in May of 1986. During his time in service, Alspaugh moved up the ranks from serving as a correctional officer to being a lieutenant and then a caseworker, as well as being a 16-year member of IDOC Emergency Response Operations (ERO).

During his ERO service, Alspaugh served on K9 and E-Squad (Emergency Squad) and was a member of the cadre.

Alspaugh had a major impact on the IDOC. He not only did his day-to-day duties while serving 16 years with ERO, but he also graduated from the IDOC Emerging Experienced Leaders (EEL) academy, assisted newly-hired caseworkers in their trainings, mentored staff, conducted vulnerability audits and was an adjunct instructor with the IDOC.

“I am fortunate to have worked alongside Alspaugh and appreciate the proficiency of his work and the encouraging attitude he has brought to the facility day in and day out,” said Warden Brian Smith. “It takes a group of very committed people to do this job on a daily basis and Alspaugh has demonstrated his commitment and strength though his years here, and we cannot thank him enough.”