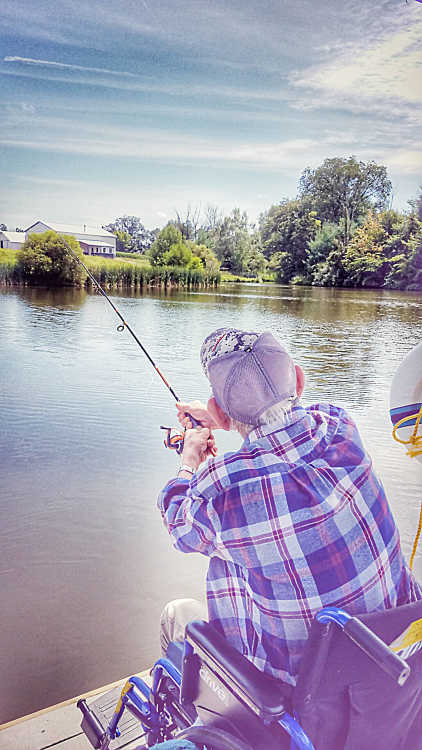 Friendship and fishing go hand in hand and Sunday was no exception as Dr. Robert Heavin took his friend (friend first, patient second) Fred Carroll fishing at his pond.

They were joined on their outing by Caroll’s daughter Nancy Hoge and Kelly Robertson, memory care activity director at The Waters of Greencastle.

Carroll has been Doc Heavin’s patient for more than 35 years and the idea was to surprise him with one last go-round at catching “the big one.” 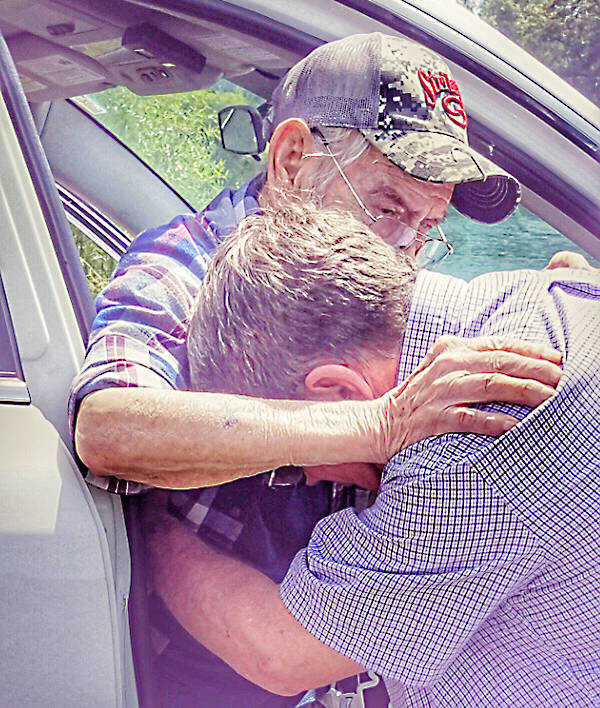 Dr. Robert Heavin helps his friend and patient Fred Carroll out of the car Sunday during a surprise trip to Heavin’s pond.
Courtesy photo/Kelly robertson