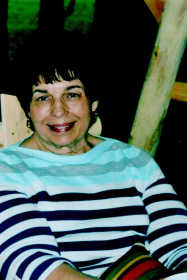 She was raised on the Holbrook Dairy Farm in Amo. She was a 1962 graduate of Amo High School, then was employed at Larue D. Carter Memorial Hospital in Indianapolis.

She worked there until she married Kenneth “Kenny” David Barr on Sept. 4, 1965. Both were members at Amo Baptist Church. Their first daughter Cindy was born in September 1966. Kenny then passed away on Feb. 3, 1968. Their second daughter, Cathy, was born eight months later in October 1968.

Janet’s second place of employment was at First Baptist Church, Greencastle, as an administrative assistant. She worked there for more than 41 years, retiring Aug. 2, 2019.

Janet’s hobbies included spending time with her children, grandchildren and her three grand-dogs, Rosco, Murphy and Peyton, vacationing in her favorite place, Gatlinburg, Tenn., quilting, working puzzles and being outdoors in the woods or driving through the country.

She dearly loved all kinds of animals and took care of many stray animals.

Funeral services will be at 10:30 a.m. on Saturday, Sept, 7 at First Baptist Church, 404 Judson Dr., Greencastle. Interment will follow at the Clinton Falls Cemetery.

The family will receive friends from 4-8 p.m. on Friday, Sept. 6 at the church.

Memorial contributions may be made in memory of Janet to the Charles Stanley “In Touch Ministries,” P.O. Box 7900, Atlanta, GA 30357.